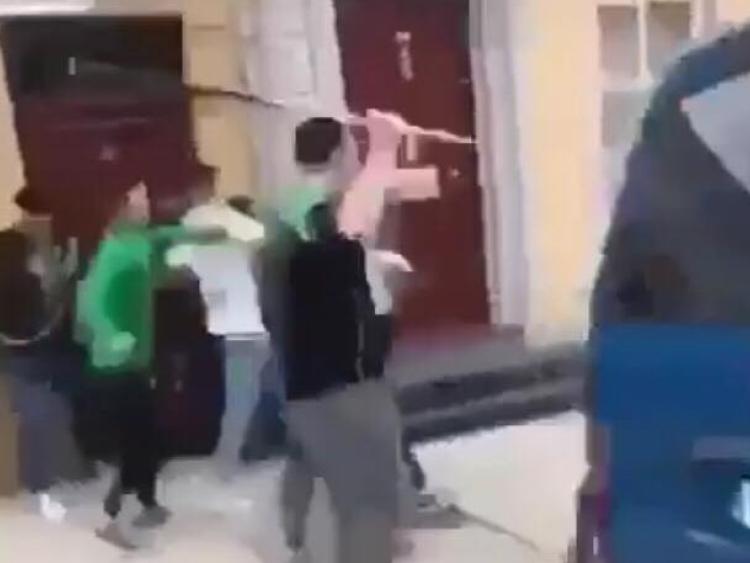 VIDEO footage has emerged of a mass brawl which allegedly took place in Limerick city centre on Sunday evening.

The incident is alleged to have taken place on Henry Street at around 8pm on Sunday.

It is understood the brawl involved more than a dozen youths in their mid- to late-teens.

Video footage, circulated on Snapchat, shows a number of separate fights taking place in the middle of the street and on the footpath.

One male youth can be seen surrounded by a group of assailants, kicking him while he is on the ground.

The video footage shows a car being forced into another lane in order to avoid colliding with those involved in the violent incident.

A spokesperson for An Garda Siochana said: "Gardaí received a report of a large group of youths allegedly causing a disturbance on Sunday 9th of June 2019 at approximately 8.30pm in the Henry Street area of Limerick. Gardaí attended the scene and found no persons present. Enquiries are ongoing."