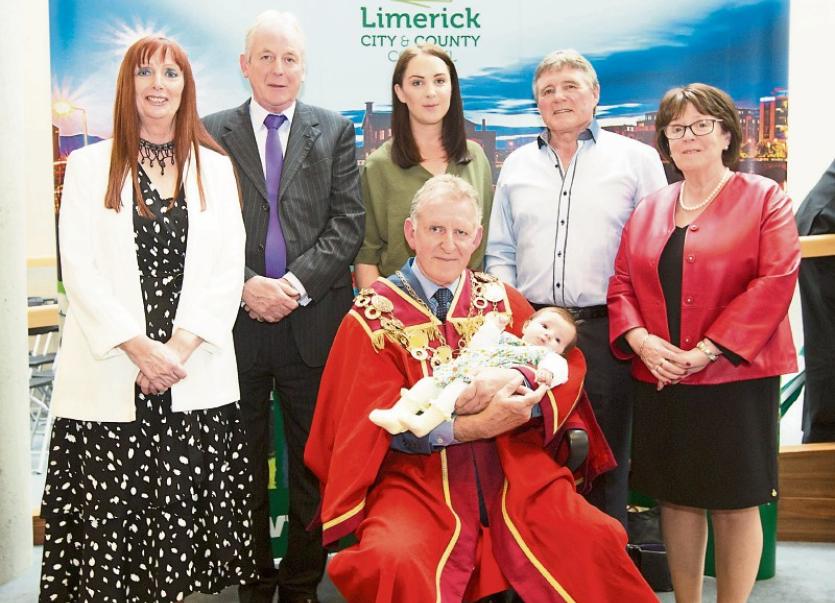 THE newly-elected mayor Michael Sheahan wants to see Brown Thomas relocated – to open up the heart o f the city and replace it with a fountain.

The Fine Gael member, a retired deputy school principal, secured the chain of office at the council's annual general meeting on Friday, receiving 30 of the 40 votes on offer, beating the new Green Party councillor Brian Leddin.

His election comes as part of an pact between Fine Gael and Fianna Fail, which will see the two big parties carve up the top jobs.

Addressing the audience, including his friends, family and supporters at County Hall, Cllr Sheahan suggested moving the high-end department store, which lies at the heart of O’Connell Street, a store which for many is seen as the jewel in Limerick’s shopping crown.

“Why not, as previously suggested, take out Sarsfield House, but also relocate Brown Thomas and take that too, opening up the very heart of the city and installing another fountain here, ever changing in its rhythm and lighting, responding to music and symphony, Limerick’s other core strengths,” the new mayor said in his victory speech.

He even suggested fountains at major approach roads to the city, and urged the ESB to do more to market Ardnacrusha, “promoting its river and canal tour boat experience, a Titanic of an adventure.”

Mayor Sheahan also said developments could be paid for through a bond scheme, “not reliant on government or ECB hand-outs, but doing it the Limerick way: by ourselves and going it alone.” Mayor Sheahan outlined other goals during his speech, including a wish to establish a Wild Geese festival, for Limerick's emigrant community.

There was also a nomination for the Green Party's newly elected councillor Brian Leddin.

Meanwhile, fellow Fine Gael councillor Adam Teskey, who topped the poll in Adare/Rathkeale, has been elected as deputy mayor.

Originally co-opted in place of Tom Neville in 2016, he beat off competition from John Costelloe, Sinn Fein.

Cllr Sheahan is the first mayor of this council term. But it’s the second time he has held a top position, having been elected the first metropolitan mayor in the last authority back in 2014.

While that position is now defunct, metropolitan councillors will elect their own Cathaoirleach this Friday, June 14.

The grand coalition deal is in place for five years, and will afford Fine Gael three of the five mayoralties potentially on offer, due to the fact they are now the largest party on council. Fianna Fail will take the other two.

The main parties have divided up the roles on the basis of there being five mayor-making ceremonies. However, following Limerick’s decision to ratify a directly elected mayor, an election for this role could take place as early as next year.