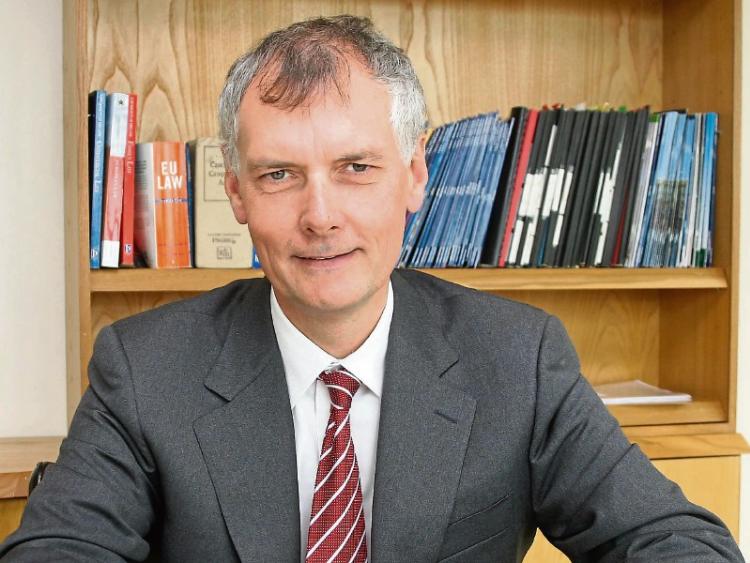 A MOTORIST drove through a junction because the yield sign was “completely camouflaged by overgrowth”, a Limerick court has heard.

Eoin O’Neill, aged 32, of Caherguillamore, Meanus was charged with dangerous driving and no insurance. Dan O’Gorman, solicitor for Mr O’Neill, made an application to Judge Marian O’Leary to reduce the charge from dangerous to careless driving.

Inspector Alan Cullen said at 9pm on May 24, 2018, Mr O’Neil was driving a van at Grange Cross, Kilmallock. “He failed to stop at the junction. He collided with an oncoming van in the centre of the junction. Gardai attended the scene and made a lawful demand for his insurance. Documentation was not produced,” said Insp Cullen.

Mr O’Gorman said Mr O’Neill was not familiar with the crossroads. He handed a number of photographs of the location to Judge O’Leary.

“The sign indicating the junction was facing outwards so he couldn’t see it. It has since been rectified. The yield sign is right up beside the junction. My client will say it was completely camouflaged by overgrowth,” said Mr O’Gorman.

The solicitor said a neighbour would give evidence of the sign being “completely overgrown”.

“It was subject to a number of complaints. There was no warning at all of any junction. He thought he was driving on the road. My client was quite seriously injured,” said Mr O’Gorman. The court heard the other driver was unhurt.

On the basis of the evidence, Judge O’Leary reduced the charge from dangerous to careless driving.

Mr O’Gorman said there was a plea to no insurance.

“On that occasion he was not driving his own vehicle. His Land Rover was in the garage. It was supposed to be in there for a week but there was a delay waiting for parts. It went on for over a month. He had transferred insurance to his new vehicle for seven days but it automatically reverted back to the vehicle that was in the garage,” said Mr O’Gorman, who handed in letters to Judge O’Leary.

Mr O’Gorman said his client was of the view that the insurance would continue on the new vehicle until he got his own one back. Judge O’Leary said that you have to give the date a transfer of insurance commences and ends.

On the stand, Mr O’Neill said he thought the insurance “carried through”.

“I had insurance. I pay it every year. It would make no sense for me to drive without insurance,” said Mr O’Neill.

Mr O’Gorman said it was his client’s “honestly held opinion” that he was covered..

“It was absent minded of him,” said Mr O’Gorman, who added that it was an “unfortunate series of incidents”.

“He is putting his hands up. It has been a nightmare for him. He is originally from the northside of Limerick city. He does an enormous amount of community work and volunteers with a rugby club. The most unfortunate victim is very much himself,” said Mr O’Gorman.  The court heard that Mr O’Neill had to take out a loan for €9,000 to pay for the damage. Judge O’Leary said: “Going forward it is up to your client to make sure everything is in order.”