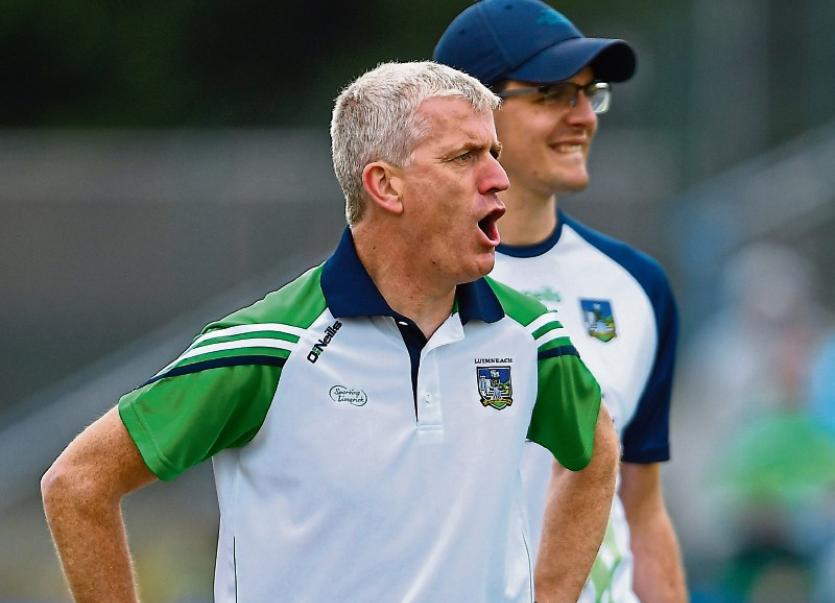 OVER 20,000 hurling fans from Limerick and Clare are expected through the turnstiles at the LIT Gaelic Grounds this Sunday for the first Shannonside championship derby in Limerick since 1996.

And Limerick’s All-Ireland winning manager John Kiely has issued a rallying call to Limerick supporters to be the “16th man” in Sunday’s crucial Munster Senior Hurling Championship  clash with Clare.

“We are at home on Sunday and that 16th man has been a huge help to us in the last 18-months or 20-months. They were huge last year, and at key moments in games when we needed them, and I'd be hoping that the 16th man can play a big part on Sunday and give us every bit of support because we will need it all,” stressed Kiely.

Both stands at the Ennis Road venue are almost completely sold out with terrace tickets still available for the eagerly anticipated clash.

It’s  been 23 years since Shannonside rivals Limerick and Clare have met in the Munster Senior Hurling Championship in the LIT Gaelic Grounds.

That 1996 encounter is remembered for one of Limerick’s most iconic sporting moments – the last gasp winning point from Ciaran Carey to dethrone All-Ireland champions Clare.

This time round, Limerick and Clare are both looking for wins to keep their 2019 Munster Championship ambitions alive – albeit John Kiely’s men arrive full of confidence after a 20-point win over Waterford, while Clare are bidding to bounce back from a 13-point defeat to Tipperary.

Limerick are the 2/5 favourites to win on Sunday but Clare have beaten the men in green in the last three championship encounters across the last three years.

Sunday’s senior game has a 4pm start and will be live on RTE television’s The Sunday Game. You can follow the action on Twitter @JeromeSport and see the match report on www.limerickleader.ie

Tickets for the derby tie are on sale in Centra and SuperValu stores and online at www.tickets.ie

Meanwhile, the minor hurlers take on Clare at 2pm, also in the LIT Gaelic Grounds.