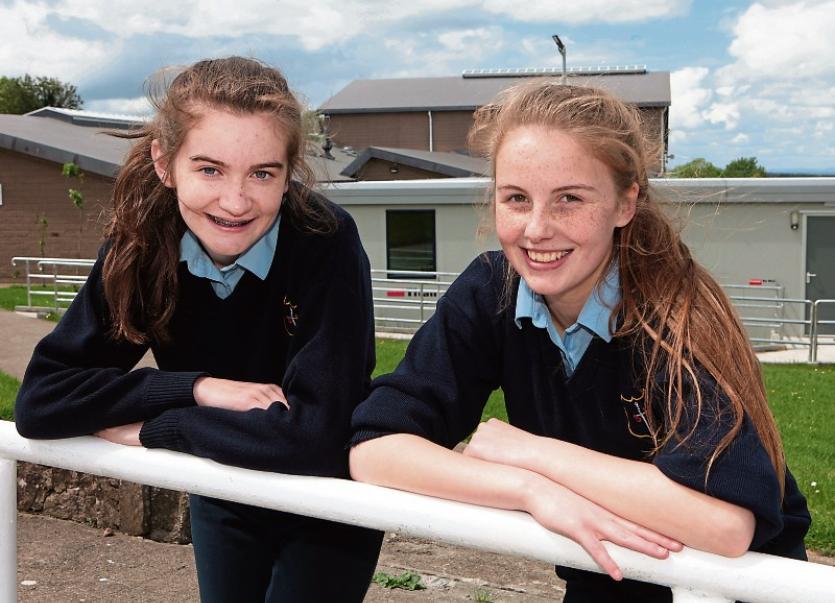 RELEVANT and real. This is how one county Limerick school principal described the first paper of the State exams which began this Wednesday.

Students across Limerick were faced with topics such as wellbeing, social media and ‘We are a self-obsessed generation’ when they opened their English paper one at 9.30am.

According to Mike O’Hara, principal of Scoil Pol in Kilfinane “in general, for both levels, they were very fair papers”.

“There were topics like wellbeing on the paper - all very relevant and real. The Junior Certs are just gone and the Leaving Certs are just coming out of the exam now,” Mr O’Hara told the Leader shortly after 12.20pm.

“Timing was on the button - much better this year than last year for the juniors in particular. There was a good range of topics for both Junior Cert and Leaving Cert. They are quite happy coming out, quite, quite happy.”

“It went well. There was stuff on the paper like last year but it didn’t come as a surprise because we had prepared for it.

“I got everything done and for the composition at the end there was a broad range of essays and speeches,” said the 18-year-old who hopes to study psychology after school.

“The overall theme of the paper was about our imagination. There were questions like how Shakespeare relates to our lives today. I wrote a speech on if we are a self-obsessed generation. I agreed that we are and wrote about how social media is affecting young people’s lives and making them more self-obsessed.

“I wrote about five pages. I’m on Instagram myself,” continued Alannah who hails from Ardpatrick.

Tomorrow, Alannah and her classmates will sit English paper two.

Bishop of Limerick Brendan Leahy extended his prayers and best wishes to the students who have commenced their exams reminding them that exams “aren’t the most important thing in life”.

Commenting on the stressful nature of examinations, Bishop Leahy called for the families of young students to support them.

He said: “In the coming days and weeks, many young people but also their parents, guardians, sisters, brothers and wider family will be focussed on exams. There’s always a certain stress involved. But it is also a time for families to be there to support and accompany and support their son or daughter, sister or brother, in these days.

“I was reminded by a news report last evening in which students spoke of the importance of their family keeping them calm.

“It is the loved ones that will reassure the students that exams aren’t the most important thing in life,” continued Bishop Leahy.

“The exam time most definitely reminds us of the gift of family and that it is always there for you, whether that’s a listening ear or someone to make a cup of tea for you,” he said.

“The sum of a person is so much greater than the results of an exam and no successful career has ever been determined by the result of one exam.

“Life is a journey and no one turn in it defines you,” he added.