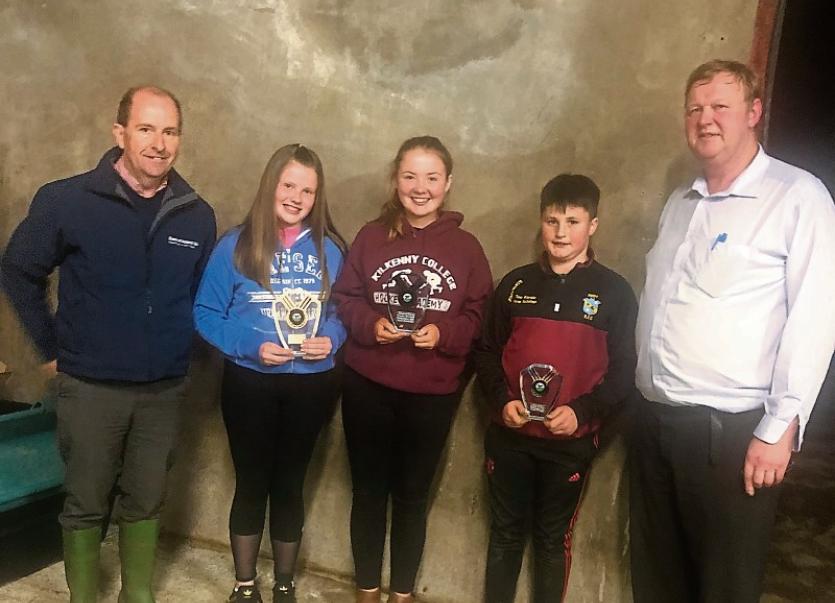 IT WAS a good job the Limerick and Clare Friesian breeders held their annual field evening last Friday night.

If it was after Sunday’s game between Limerick and Clare the atmosphere could have been decidedly frosty! However, John and Mary Curtin and their four children - Aoibhínn, Shóna , Clara and Darragh - gave a big welcome to one and all at their farm near Athlacca. Their Rosstemple herd consists of around 100 pedigree Holstein Friesians with an annual yield of over 8,300 litres.

Organisers have been unlucky with the weather for the previous two years but Friday was a fine summer’s evening. Eoin Horgan, club PRO, said this helped to lift the spirits.

“Ice-cream from Adare Farm also made sure that people were in for an enjoyable evening. The farm looked really well and the Curtin’s had three top class groups of animals to judge. John Curtin is a guy that’s well known in Holstein Friesian circles. This was evident in the crowd as many attended from neighbouring counties and there was even a man who made the long journey down from Cavan. Local Macra clubs also had a strong attendance,” said Eoin.

The master judge, Michael Maunsell, commented on the quality of stock that was presented. He said the senior cows were the type of cow he would like to be milking himself. Everyone had a cup of tea provided by the staff from Charleville Golf Club.

The night was kindly sponsored by Pat Byrnes and the Bank Of Ireland Agri team. The first three prize winner in each of the categories will go forward to represent the club at the national open day on the O’Keeffe farm, near Freemount, on June 27. “Sincere thanks go to the Curtin family. The farm and stock are a testament to their hard work,” said Eoin.