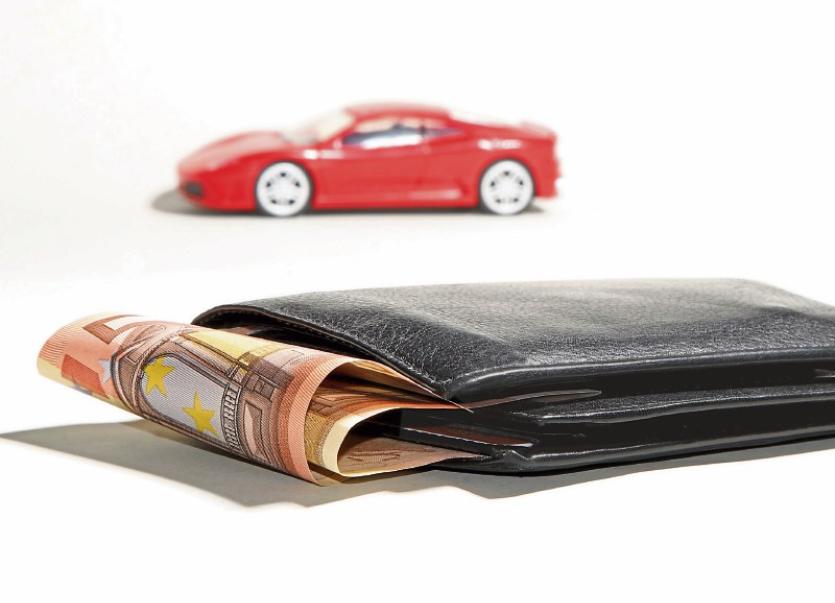 Debt is the enemy to any wealth creation. And it’s also a barrier to achieving your financial goals, whatever they may be. I liken it to running a marathon where you have a tyre tied around you.

The bigger the tyre (debt) the longer it will take you to finish the race.

Make no mistake, debt is holding you back, so the quicker you are freed from it, the better.

Don’t let that be a comfort to you, if you’re thinking that way.

Paying off or never having debt in the first place is a mind game, the numbers are a by-the-way.

A client of mine was paying €550 every month towards a car and personal loan, which was accounting for 10% of his net monthly salary.

He didn’t know whether that was good or bad and the repayments were fine; a bit of a stretch each month, but manageable.

But when I told him he had two employers, he looked at me quizzically at first, but the penny dropped when I explained how everything he earns every day of every week, between the hours of 9am and 9.48am were actually being paid to his loan providers.

It was an ‘A-ha’ moment for him, and something he resolved against repeating again in the future, if he could help it at all. He would see the terms of those loans out, but when they were finished, he would resolve to never work for anyone else, other than his employer, because that’s exactly what was happening.

When you frame loan repayments that way, it can be the trigger to make changes; it was for him anyway.

Of course, avoiding debt altogether can be a big ask, I get that, but we don’t have to carry debt all our working lives either. Banks would love it if we did though. They’re good at playing on our emotions, they know how to tap into the emotional rather than rational side of our brains. Which is why their TV adverts show how happy children are with the new playhouse in their backyard, their new bedroom, how happy your partner is when you present them with a new car etc.

They want to be your employer, they want you to go to work for them every day, to pay back the loan with interest they gave you. But in fairness, that’s the business they’re in.

So, how can you avoid debt or get out of it altogether?

I’m going to outline what I think are three good strategies that if followed will help.

1. Live below your means

The most important, and the most obvious, but the one thing people in debt do the least.

If you want to live a debt-free life, that means no more mindless spending, no more eating out every other night, no more caring what your neighbours, friends or family are driving or where they are going on holidays this year.

If you don’t have the money yourself for something, then you can’t buy it, it’s as simple as that.

If you don’t have one in place, get one. If you want to get out of debt, you need a budget.

I know when some people hear the B word, they get nervous. They think it’s time consuming, difficult, restrictive etc. but it’s not. Just spend two minutes a day, checking what you are spending your money on and after a while it becomes a habit and something that’s easy to do.

After tracking your outgoings, it will become clear whether you have an income or spending problem. In other words, do you need to earn more or spend less, or both?

If you don’t know what you are spending your money on, you have no idea what areas you need to cut back on, or get better value for, which will help free up surplus cash needed to pay down debt faster, or use towards savings, which can be used to buy things in the future without having to resort to debt.

If you want to achieve anything you, or someone for you, needs to make a plan. Without a plan of action, you’re going to find it difficult, if not impossible, to implement, follow through and monitor your plan.

When it comes to getting out of debt, the numbers are the easy part, it’s that change of behaviour which is the hard bit.

But with some effort, a little planning and enough reasons to get out of debt in the first place, making those changes will be easier.