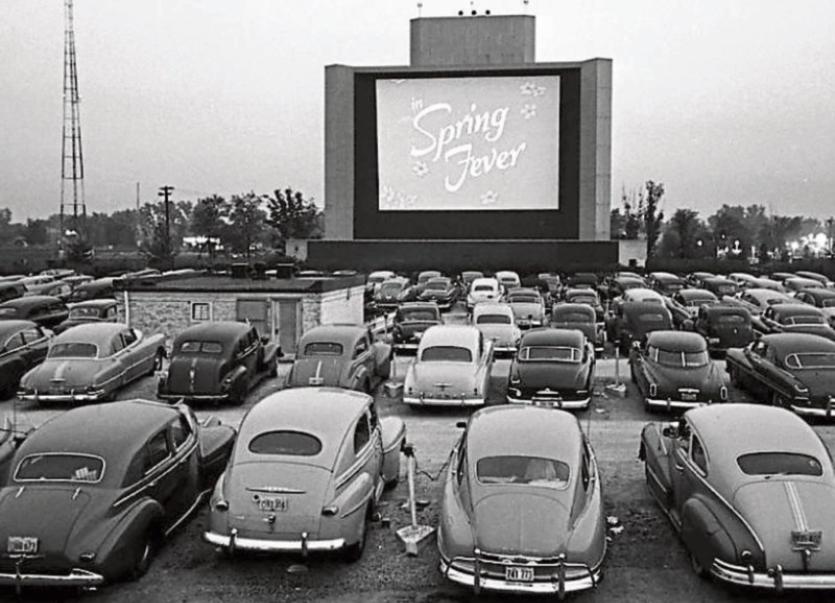 FAMILIES and friends will have the chance to go to the movies American style next month when the first ever drive-in movies are screened in Foynes.

The Retro Drive-In Movie event will take place on July 6 and 7 as part of a weekend of family friendly entertainment to mark the 30th anniversary of the opening of the Foynes Flying Boat and Maritime Museum.

“The museum was officially opened by Maureen O’Hara,” museum director Margaret O’Shaughnessy said, “but at that stage, we only had four rooms.”

Three decades on, the museum has expanded hugely but remains the only flying boat museum in the world.

“This July  also marks the 80th anniversary of the very first commercial scheduled passenger flight from New York, with PanAmerican Airlines,” Margaret continued. “It is a double celebration and we are planning to celebrate in style with a packed programme of family-friendly events. But we felt the American style, drive-in movie event would be a good fit.”

The giant screen,  will be located down by the water’s edge in Foynes and the audience will be able to watch from the comfort of their own cars and hear through their car’s radio/sound system, Margaret explained. “The screen is the world’s largest LED screen is the size of two double-decker buses parked side by side,” she added. To complete the experience, popcorn,  pizza and drinks will be available.

“This is a first for Foynes and of course, it is not weather dependant which is great,” Ms O’Shaughnessy said. The films to be screened will be Top Gun, The Greatest Showman, Grease and A Star is Born and each show will be able to accommodate up to 150 cars.

Tickets for the event went on sale online this Tuesday at www.RetroDrivein.ie/
foynes