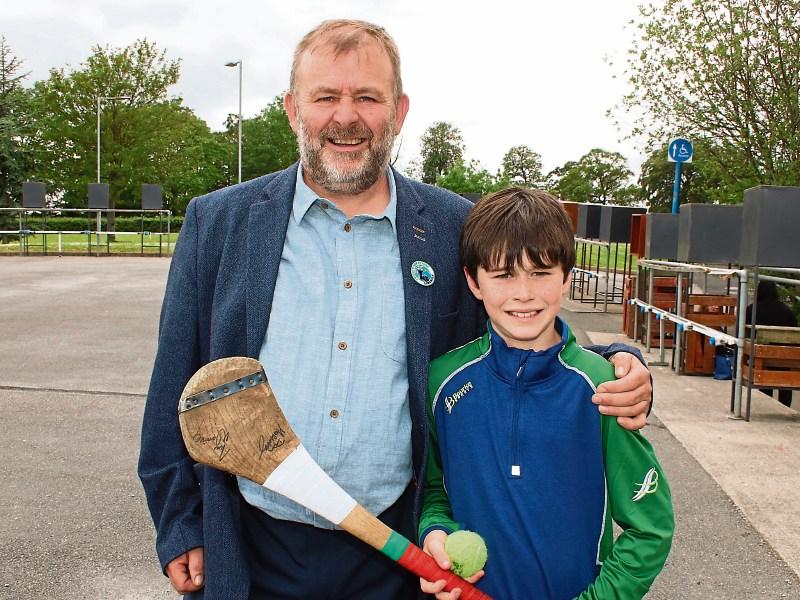 Sean Hartigan with his nephew Joe at the count on Sunday Picture: Adrian Butler

ON the local election trail, one of the first ever Green Party members elected to Limerick City and County Council went “farm to farm” speaking about sustainability in the agri-sector.

Newly elected councillor Seán Hartigan, who will represent the people of Limerick City East for the next five years, canvassed farms in his area as part of his campaign.

The Lisnagry man, who is well-known for his involvement in environmental education, has a background in agriculture himself, having previously farmed sheep.

“I think the Green Party is actually very close to farming,” Cllr Hartigan said, speaking at the count centre prior to his election.

“Where we are doing most damage in Ireland on a climate change level is through farming because we import four million tonnes of soya and wheat from Central America, North America, Canada,” he explained.

“Beef farmers are actually making very little money and they realise that. Most farmers would love to work in a more sustainable way, most farmers love nature and love animals and want to do their best for nature and animals.”

When asked if he thought the idea that a move towards greener policies would be met with resistance by farmers was a stereotype, cllr Hartigan said: “I think that farmers are the custodians of the land and they can bring about the most environmental change if we give them the option.”

“I think if we could provide them an alternative, if we could reward them for benefiting the environment by producing more local, sustainably based food, they would do it.”

Housing was the main issue he found he connected with voters he met on the doors, cllr Hartigan added.

“The local issue that I could tackle most and still do something for the environment is housing so I that is what I spoke to people about,” cllr Hartigan said.

“The national Government and the council need to build high density, sustainable, well-insulated, cheap to run houses for people and allow people to buy those houses over a 25-year period.”

“A lot of people were very open and willing to discuss that. It was the number one issue for the majority of people I met,” he added.