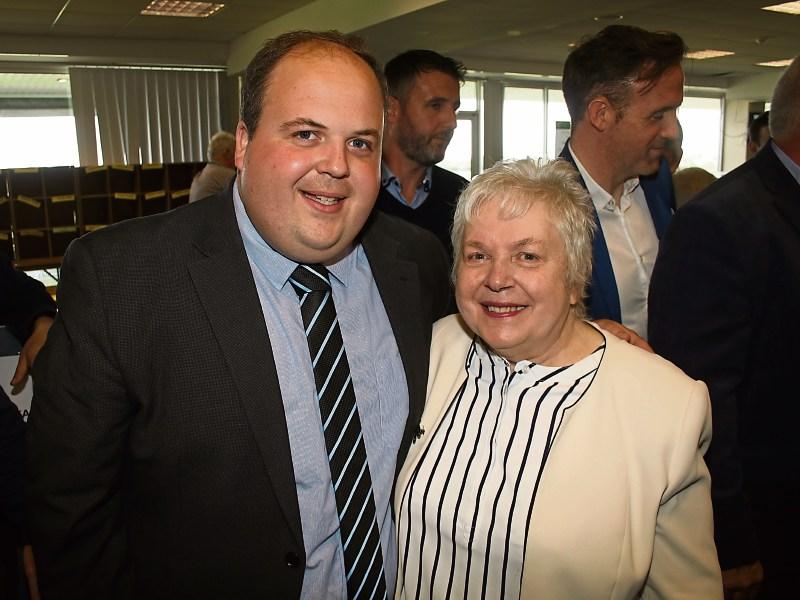 “I wasn’t expecting it,” he admitted. “It was my first time canvassing on my own behalf. I was conscious of the fact that I had been co-opted three years ago and I was fearful of the fact that I  had only three years’ work done, while some of my colleagues had ten years and more. I was really playing catch-up.”

“I was up against it. I was the youngest but I decided to try to meet as many people as possible and get to engage with them.”

“I went out and I took my time on the canvas. I wanted that level of engagement with voters to see what their individual issues and concerns were.”

“I believe if you are putting your name forward for election, you owe people that courtesy.”

But Cllr Teskey is no stranger to the canvass trail. As a 12-year-old in 2002, he went out leafletting for former TD Michael Finucane. “I was interested in politics from very young but I don’t come from a political family,” he said. “I was the first member of my family to step into the realm of politics.”

He believes also that he attracted younger voters, explaining that he was very encouraged by the fact that some people who had never voted before had voted for him. There was, he also acknowledged, a certain element of a personal vote.

“The immediate priority,” Cllr Teskey continued, “is that we establish a stable council, that the parties meet as soon as possible so that we can make the decisions in the interests of the people and that can only be done by a majority.”

Issues about housing, affordable sites and affordable housing for young people, which were raised during the canvass must be priorities and must be addressed by the new council, Cllr Teskey argued.