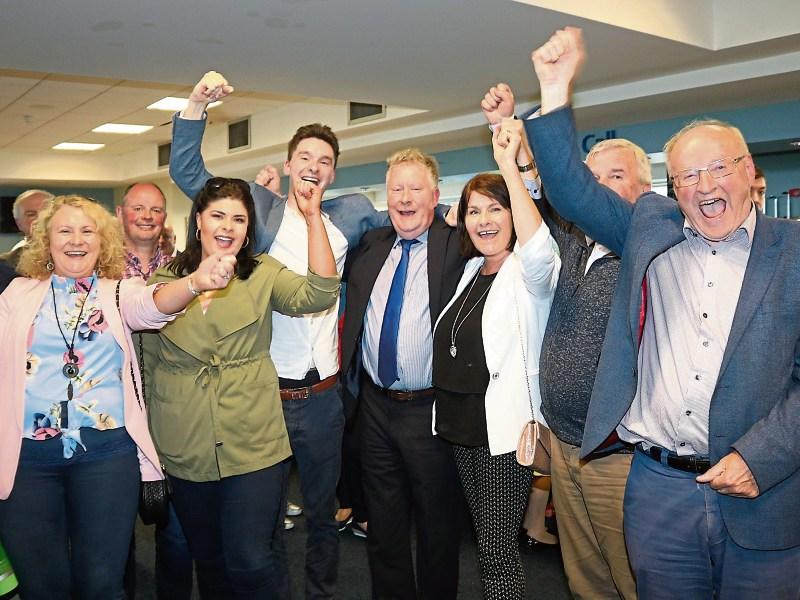 “IT’S fantastic, absolutely fantastic,” Newcastle West’s newest councillor Tom Ruddle said when the final count was announced on Sunday and  he became the fourth Fine Gael councillor for the area.

“I am delighted for the party,” he said simply on what was a mould-breaking day for his party.

He started well on 1201 first preference votes, putting him 340 votes ahead of the man he needed to beat, outgoing councillor Seamus Browne and with each count the gap grew steadily until he was deemed elected on the sixth count with 1808 votes, taking the final seat.

“I was delighted. I had hoped to be in the running and I knew I had to be somewhere in the 1100/1200 to be in the race,” he said of his vote. But going up against six experienced candidates was a challenge.  “I had a very good director of elections in Michael Finucane. He mapped the whole area for me,” Cllr Ruddle added.

There were a lot of areas where he would not have been well known, he said, and introductions from the former TD were a huge help. Minister of State Patrick O’Donovan, he added, also gave him fantastic help.

“I really enjoyed the canvassing part of it,” he said. “Every job I have ever been in, between auctioneering and insurance, I have always been dealing with people.”

Tom’s name has been synonymous with soccer in Newcastle West for the past 30 years but he has also been involved with many local, voluntary and community organisations.

In his term as councillor, he said he hopes to work closely with the Newcastle West Development Association to see “how we can attract more jobs to the town”.

He also believes that boosting tourism in the area is important.