Limerick elections: John Egan battles back from defeat and cancer 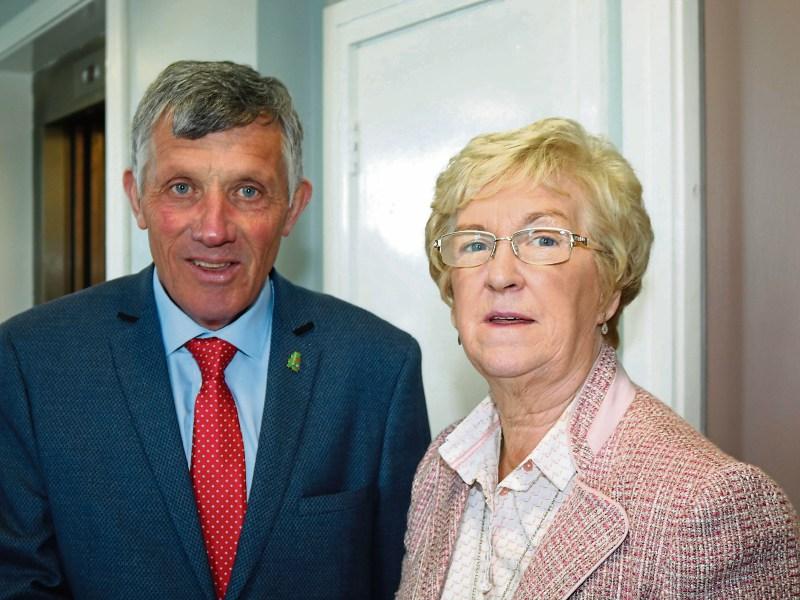 FIVE YEARS ago John Egan left the UL Arena with a quiet dignity after losing his council seat.

He reflected on that moment after he regained it after midnight on Sunday in Limerick Racecourse.

“I feel terrific. From the minute I lost I said I would fight for election again if my health was right,” said Mr Egan, with a wry smile.

“There was a bit of a set back but that didn’t stop me fighting the election. It was a serious undertaking but I did it.”

Like most farmers he is being understated. The “set back” was cancer of the oesophagus. He was diagnosed in early 2018. The Fine Gael man underwent chemotherapy and a major operation but has recovered well.

One of his daughters, Eleanor, said in the last week of the campaign the family were wrecked but her dad was getting stronger!

Mr Egan said he enjoyed the canvass and meeting voters one to one.

“I got on extremely well with people on the doors. It was totally different from the last time with people giving out about water charges. It started off with Brexit, the hospitals and health and finished up about carbon tax and broadband. We have to put in broadband for rural areas and we have to pay for it.

“Elections are funny. You can nearly gauge it from the first day you go out canvassing. From the first day in Dromkeen I could feel that the seat could be won,” said Mr Egan. While he had a big team of canvassers around him made up of family, friends and neighbours Mr Egan did Murroe-Boher on his own.

“I did practically all my parish on my own and I got a massive vote in Murroe. It was that vote that elected me. I know I got 700 odd votes elsewhere but without that base you are going nowhere and I am entirely grateful to the people of Murroe and Boher for that,” said Mr Egan.

While he got a warm welcome on the doors a number of his posters were torched in the week before polling day.

“I have to say about elections - the people who run for elections are doing a service for the people and for democracy. It is not fair to be abusing them on the doorstep – try and be courteous. It is totally unfair to go interfering with their posters,” said Mr Egan, who is looking forward to being a councillor again and representing the people in the Cappamore-Kilmallock area.