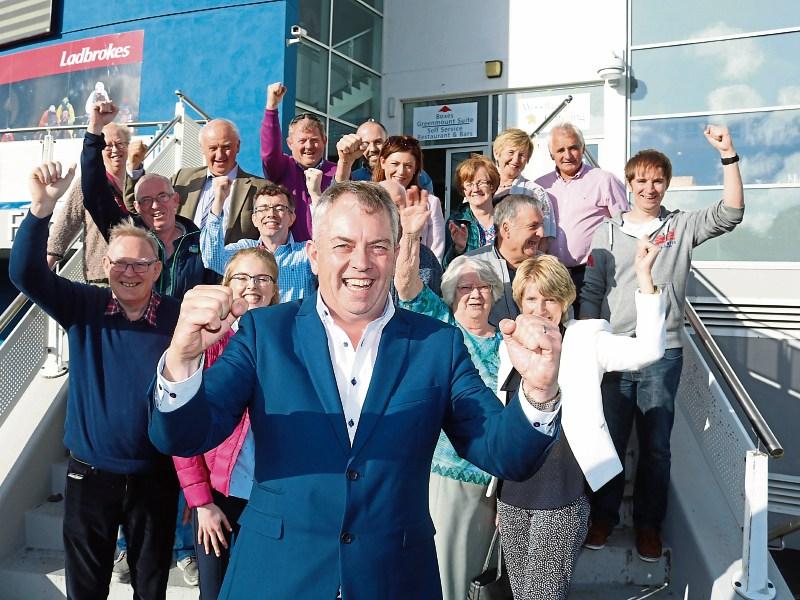 FINE Gael made an historic breakthrough  in these local elections, securing four of the six seats in the Newcastle West Municipal District. The three outgoing councillors Jerome Scanlan, Liam Galvin and John Sheahan all retained their seats and first time candidate Tom Ruddle will now join them in the council chamber.

It is, as former Fine Gael TD Michael Finucane pointed out, a complete reversal of the state of play in the area when he first joined the council in 1985. Then, Fianna Fail was the dominant party with four of the six seats while Fine Gael had two. Fine Gael took close on 60% of first preference votes this time out.

But poll-topper and the man who had predicted the four-seat victory, Cllr Jerome Scanlan was nowhere to be seen when the first count results were announced which pointed to the breakthrough. “I was running the Spin and Win stall at the May Fair in Castlemahon,” he told the Limerick Leader. “That was my priority.”

In a stunning personal performance,  the Feohanagh man, below, clocked up 2,512 first preference votes, the highest of any candidate in all six electoral districts in Limerick. “I always describe it as credits for work done. Obviously people see me as an honest broker. I speak the views I get from the electorate,” he said. 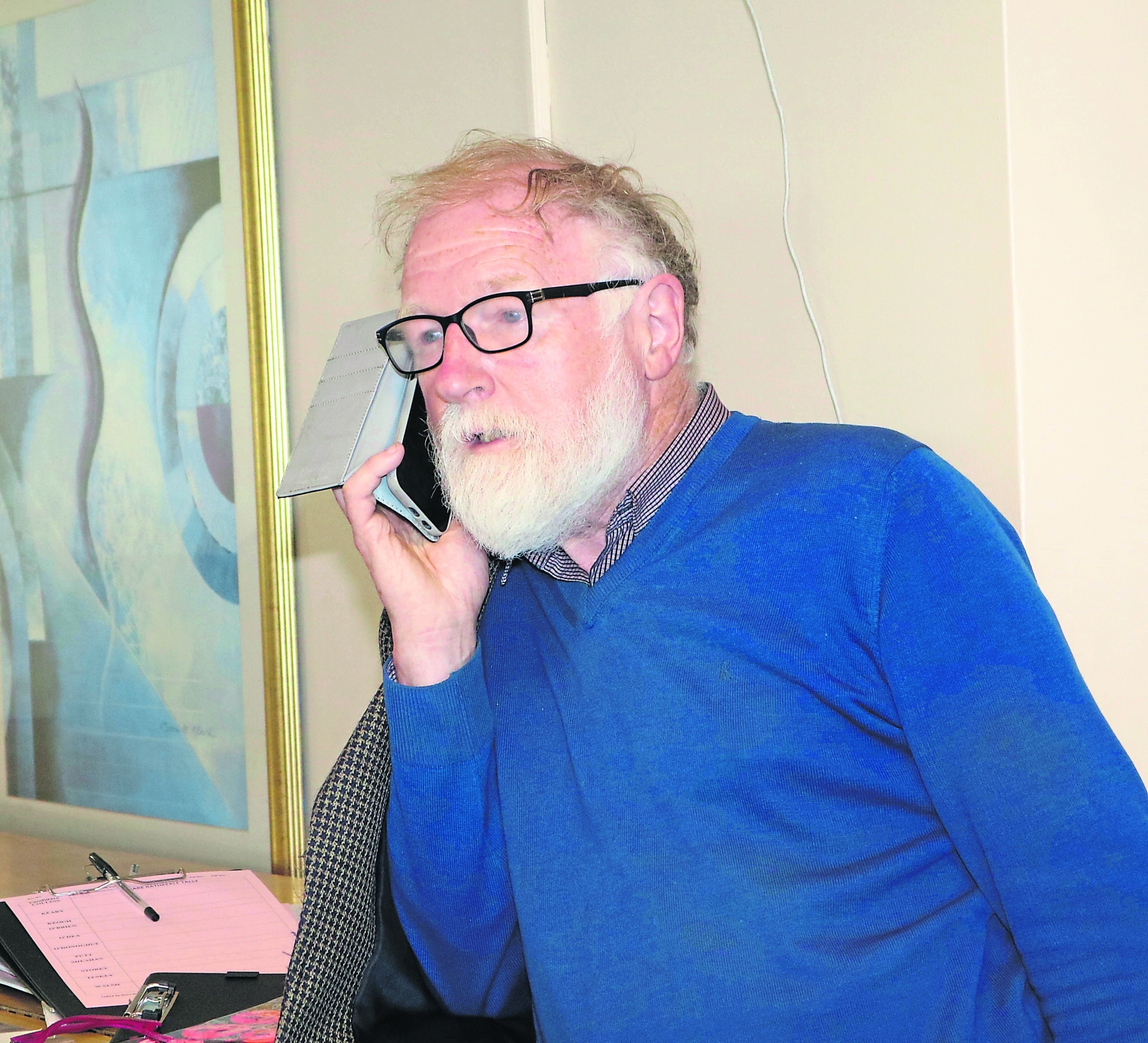 But he also wants the Fine Gael majority to translate into something positive for the party. “We have the majority. While I am in the Fine Gael party, Fine Gael will have the chair. I don’t see any sense in giving it to anyone else,” he declared. “I don’t care what arrangements are made for the full council but Newcastle West is Newcastle West.”

Abbeyfeale’s Cllr Liam Galvin pulled off a personal best, with 2,124 first preferences and polling extremely strongly in his home base. The tally showed that in one box, he outpolled all other candidates by two to one, securing 223 votes and leaving just 112 to be shared by the rest. “It is a wonderful day for Fine Gael,” Cllr Galvin  said. “I don’t think there will be any other constituency in Ireland who will do what we did here.”

Party leader in the council, Cllr John Sheahan also increased his first preference vote but had to wait until the fifth count to get over the line. But he was delighted to be re-elected and with the level of local support. He was also pleased there was a councillor on the estuary side of the district. “My vision for the next five years is to keep building on what we have.

“ We have put a lot of investment into the city in the last five years and it is starting to come to the county now, with the likes of Fullers Folly in Newcastle West,” he said.” We need to get the Athletics Hub across the line and we need to shore up our county town.”

There was some surprise at how well first-timer Tom Ruddle did, starting with 1,201 votes where the quota was 1,789. He got votes in all but two boxes and polled particularly strongly in the town of Newcastle West and the areas around from Ardagh to Dromcollogher.

His election confirmed Cllr Scanlan’s view that there was a seat for the taking  in the town of Newcastle West. 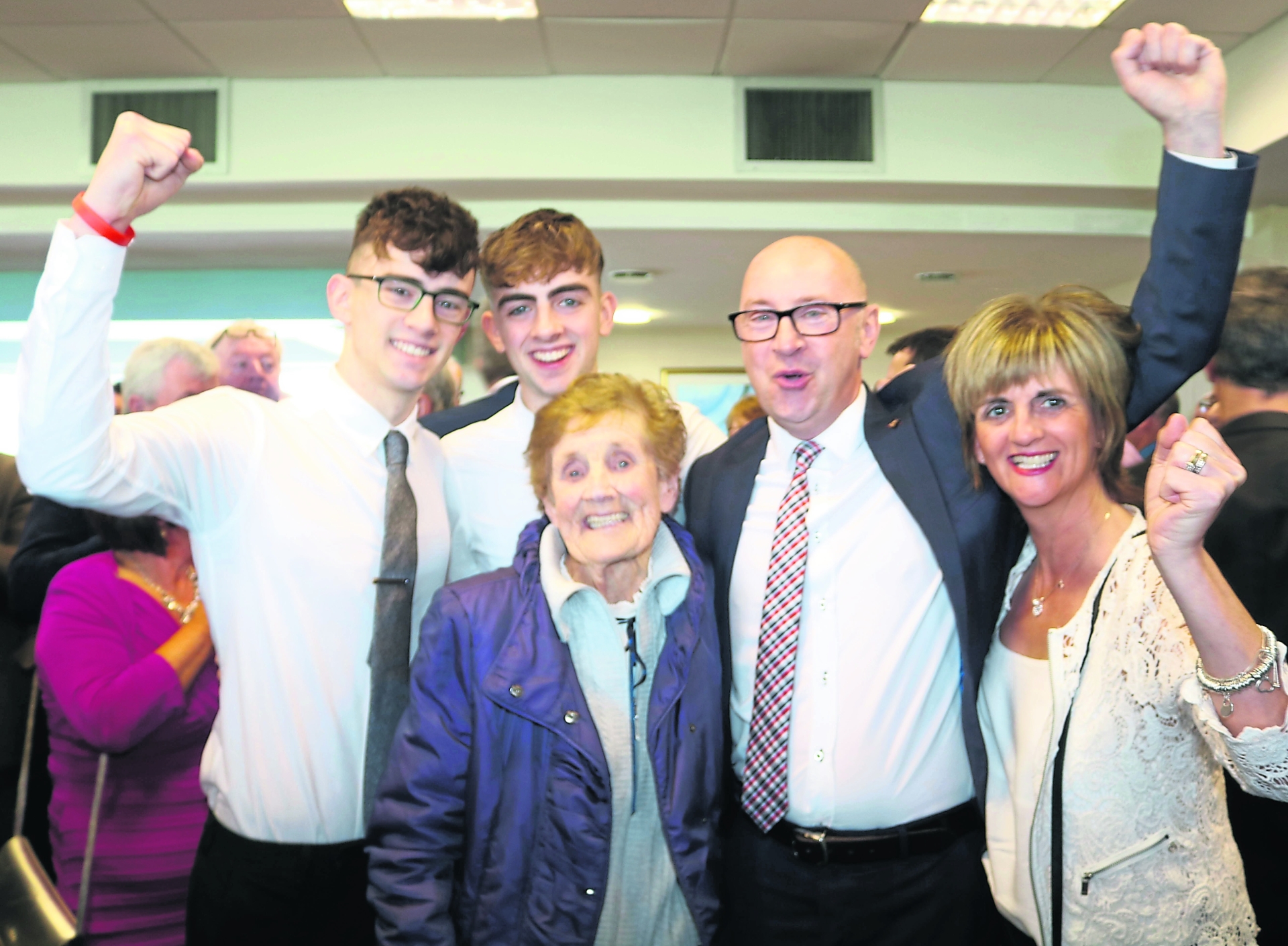 He was over the moon with the result he said but acknowledged that,  with hindsight, the party perhaps should have run more candidates. But nobody presented at the time of the convention, he said, adding that he would like to see a female candidate on the list the next time.

Cllr Foley was very pleased with his result and delighted the long campaign was over. The decline of rural towns and villages and addressing housing needs should be  the priority of the new council, he said.

There was deep disappointment in the Sinn Féin camp at the loss of Seamus Browne’s seat. His first count vote at 861 was respectable enough but he needed to be ahead of Tom Ruddle at that stage and he failed to get enough transfers as the counts moved on.

He finished up with 1206 votes at the final count, some 600 votes behind Tom Ruddle. The smaller parties and Independents were swallowed up in the rush to Fine Gael.  Independent candidate Christy Kelly, on the hustings for the second time, was disappointed that his vote had slipped since 2014.

“I thought I would at least hold my own,” he said. “I stood for what I believed and still do. I felt I put out a good platform and spelled out the issues affecting people.” But it was not to be. 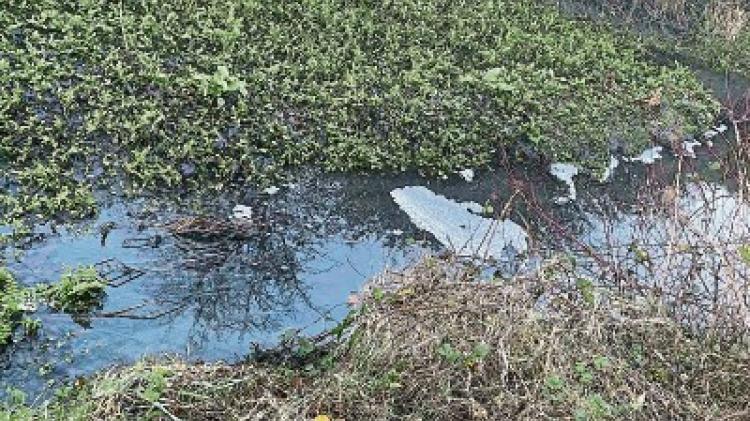