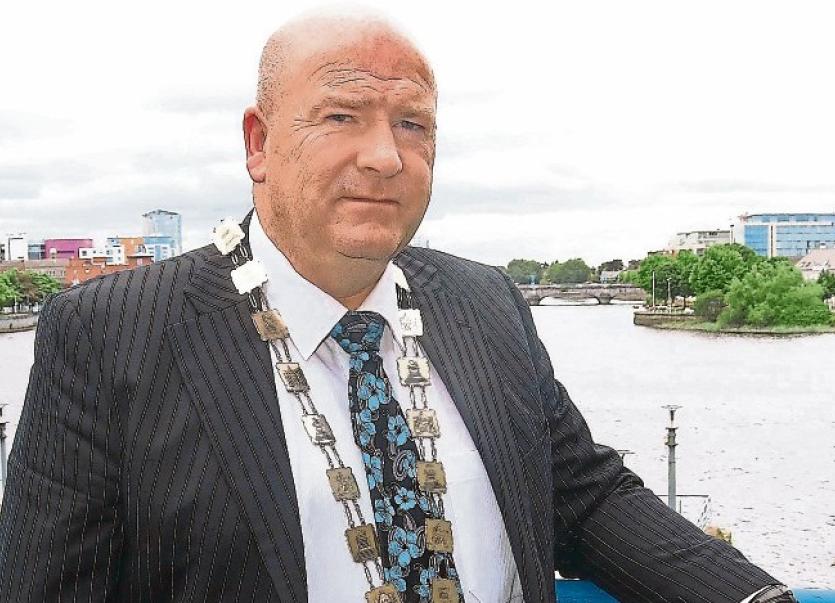 WHILE there was elation for poll toppers and re-elected councillors,  there was anguish for those who lost their council seats including Sean Lynch who has launched a scathing attack on his local parish and the GAA.

Talks about who will control the new council are getting underway this week following the local elections but with no party or grouping having an overall majority, a coalition of some kind is inevitable in Limerick.

But meanwhile, defeated Fianna Fail councillor Sean Lynch, has launched a stinging attack on his party, on his home place of Patrickswell and on the GAA.

Mr Lynch, who failed to retain his seat in City West, accused Patrickswell people of giving him “the two fingers”.

“They didn't come out and support me. They got a huge amount of things. It means nothing to them. This has been a huge, huge disappointment,” he said. “We have done so much for the villages of Patrickswell and Clarina, and they have given us the two fingers: they didn’t want someone who was decent, a hard worker.”

Mr Lynch, whose son is All-Star hurler and Patrickswell captain Cian Lynch, then lashed out at the GAA.

“But the GAA failed us. Tidy Villages who I gave everything for, did not support me. The community council whom I got €50,000 for did not give me one vote,” he claimed. And the former detective garda contended that there was still anti-garda sentiment in the village.

“Patrickswell has history. There is an element there. You must remember what happened to Jerry McCabe. That’s not gone away. There is a big anti-garda audience out there,” he said.

He also accused party colleague Mayor James Collins of ignoring a directive from senior party figures to stay out of Ballybrown and Patrickswell because they were his (Lynch’s) area. “But he still came out and took a lot of my votes,” he said. “James Collins did me no favours”.

Sean Lynch, however,  was not the only casualty in a local election  which saw several sitting councillors lose their seats. All but one of Sinn Fein’s outgoing councillors lost their seats, reflecting a national dip in the party’s fortunes. The party is now down to two seats, both in the city, while Solidarity also lost their two seats. But support for Independents remained strong and they now hold six of the council’s 40 seats.

Fianna Fail retained its 12 seats, although with some changes, and Labour is returning with three seats while the Social Democrats have one.

The big winner was the Green Party who, in line with breakthroughs around the country, now hold two seats in the council.

Overall, however, and contrary to national trends, it was a good election for Fine Gael, particularly in the West where it hoovered up almost 60% of votes in Newcastle West and made electoral history by taking four of the six seats in the district. The party increased its seats by two and at 14, is now the single largest party in the council.

Within hours of the count finishing, however, the serious business of who will control the new council was underway.

The figures dictate that a coalition of some kind must be negotiated and a continuation of the grand coalition between Fine Gael  and Fianna Fáil is the most likely at the moment.

“It would be the best grouping for stability,” Fianna Fáil’s Michael Collins said this Wednesday just hours before the councillors met to elect a new leader and discuss its strategy.

“We have worked relatively well over the last five years.”

“Nothing has been decided,” said Cllr John Sheahan who saw off a challenge from Cllr Jerome Scanlan and was re-elected as party leader on Tuesday night. The party is due to meet again shortly to discuss strategy.  However, he added: “A stable council would be the preferred choice. It would be in the interests of the people of Limerick city and county to have a stable partnership on the council.”

But not everyone in his party agrees. Poll-topper in Newcastle West, Cllr Jerome Scanlan has come out against any pact with Fianna Fáil.

“"We are open to doing business. We have a track record of being straight talking Independent councillors,” he said.

He suggested that,  with a General Election just around the corner, neither Fianna Fail nor Fine Gael would be comfortable working with the other at local government level.

"I think from an optical perspective, it just doesn't sit well with the electorate," said Cllr O'Brien, who is a former member of Fianna Fail's national executive.