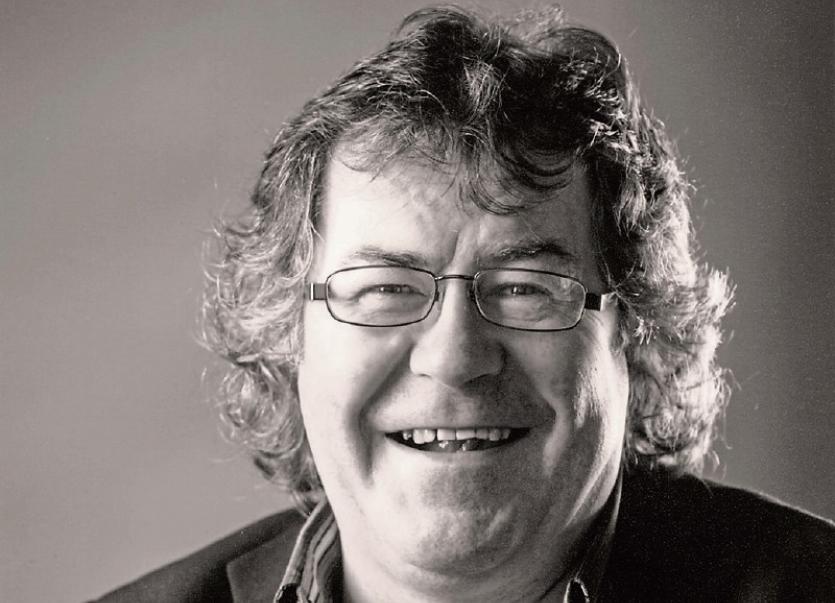 “THE poems picked themselves,” says Gabriel Fitzmaurice of the 164 poems that make up what he believes will be his final poetry collection and which he has named, A farewell to poetry: Selected Poems and Translations.

And although it is, by poetic standards, a bumper selection, it is also a big culling, just a fraction of the 60 books Gabriel has published since 1984. “These are the poems that speak to me,” he says.

In his introduction, Gabriel explains how he came to the conclusion that “the job is done”.

It happened, he says, on a summer’s day in 2016 when a line of a poem came to him while with his wife Brenda and grandchildren at Crag’s Cave in Castleisland. Normally, Gabriel explains, it is the first line of  a poem that is “gifted” to him. In this case, he says he knew instinctively, it would be the last line of a sonnet which he wrote down then and there, calling it Out of the Abyss. “Immediately I sensed that this would probably be the last poem I would have to write,” he says.

And so it has become. For Gabriel, starting out, poetry was a way to reconcile himself with his environment, physical, emotional and spiritual. Now, he feels, that course is run.

“I have resolved all my old miseries,” he says, laughing.

As a youngster growing up in Moyvane, he reveals, life was rough for him as he never knew whether his mother, who was confined to bed but who immersed him “in the stream of song”  would live or die. He had “fierce” emotional traumas as a young man in the 1970s and also had hard battles with his faith. “I tried to pray and play myself through it,” he says. Poetry was his way to make sense of his world.

But now, he says, perhaps a bit tongue-in-cheek: “I am too happy to write poetry.”

Besides, he continues, he has said what he wants to say, and doesn’t want to repeat himself. “The lines still come,” he says, “but I refuse them.”

But, he stresses, his farewell is to writing, and not to the world of poetry. “I will still go on the road,” he says, explaining that, although now retired from teaching, he has never been busier, going to schools, universities, bars, theatres and halls, performing his poems, singing songs, telling yards and recalling favourite  poems.

“I believe a poem has to work on the page and on the stage,” he says, adding that he has always been interested in performance, going all the way back to when he started  playing in sessions in West Limerick and North Kerry.

“I can’t promise I won’t write again,” Gabriel goes on. But he laughs at the idea of a comeback. Ironically, author, journalist and commentator Fintan O’Toole, writing in a foreword to the book, says there is the sense, in all Gabriel’s work, of a long goodbye.

“The farewell in the title of this book may seem dramatic but the truth is that Fitzmaurice’s work has always been valedictory. It is all a long goodbye,” he writes.

Gabriel is “acutely sensitive to the feeling that something is coming to an end”, he says.

“In his own way, Fitzmaurice is one of the last of the tribal bards, a poet in and of his own kind,” O’Toole writes.

A Farewell to Poetry will be launched by former Kerry footballer Dara O’Cinnéide at 12.30pm on Friday, May 31 in The Seanchaí, Listowel as part of Listowel Writers Week. It is a free event and all are welcome to attend.  The book is published by Currach Books and costs €19.99.

Read also: ‘A big opportunity': Athea gears up for the return of the Limerick County Fleadh