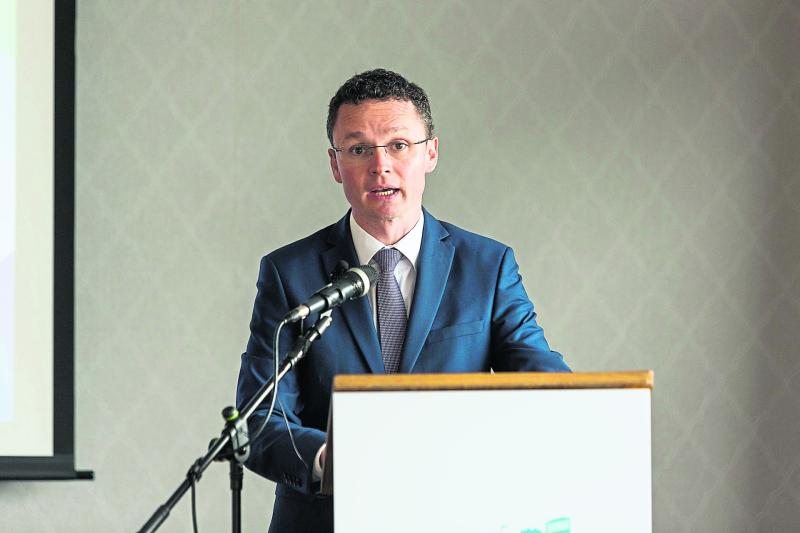 MINISTER of State, Patrick O’Donovan has expressed his surprise at what he called a lack of understanding on the part of some councillors about how certain council-led projects are brought to fruition.

He was referring in particular to projects such as the Regional Athletics Hub and the proposal for a public swimming pool in Newcastle West, issues which had been raised at a meeting of local councillors and where central government and Minister O’Donovan had come in for criticism.

Responding to the comments made, Minister O’Donovan pointed out: “The Regional Athletic Hub project has already received €322,000 in Government funding. The next stage of the project has now been sent forward by the council executive for consideration under the Large Scale Sport Infrastructure Fund (LSSIF). This is a new fund that has been introduced under the National Planning Framework.

“A decision on applications to this fund is scheduled to be made this autumn, and will be based on the strength of each application made.”

The minister added, “Funding of public swimming pools can also be carried out through the LSSIF. A number of different criteria have to be met for this funding, and it must be led by the local authority.

“I understand that the council has been deliberating on this project for some time, and when they have made a decision on a way forward, they will then move on to engage with the department.

“As a TD for County Limerick I am delighted when sport projects are supported and funded in this constituency by central Government.

“In fact, since I was elected, a total of €763,000 has been made available to projects in Newcastle West. The town has also benefited from the €3.72 million funding allocated to the Great Southern Greenway which runs through its centre,” said Minister O’Donovan.

“I am happy to support and indeed assist the councillors where possible with any project that will benefit the people of Newcastle West and west Limerick.

“The majority of councillors from all parties and none, meet me, or call me, on a regular basis to discuss issues pertaining to the people of Limerick, and I welcome such communications.”