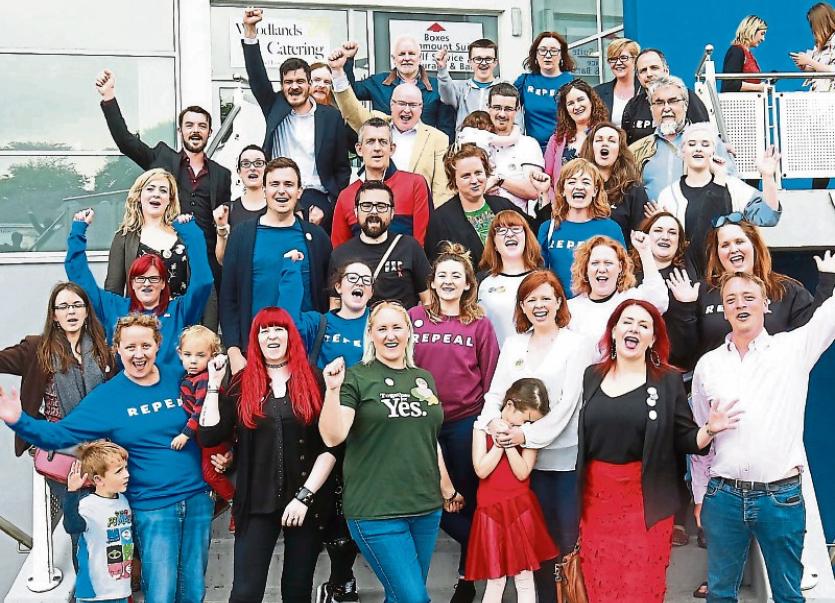 Campaigners at the Limerick Racecourse following the results of the Referendum in May 2018 PICTURE: MICHAEL COWHEY

A YEAR after Limerick voted by wide majority to repeal the eighth amendment, a new podcast is looking back at stories from the canvass trail here as documented by the Together For Yes campaign group.

Together For Yurt, a new podcast series curated by Jess Beeley and Dave Tobin, looks back at the campaign for repeal in Limerick through interviews with organisers, canvassers and supporters.

Examining the origins of the campaign group in the county, the series also focuses on challenges faced by those involved with the campaign.

“It was a life-changing experience for a lot of campaigners,” Limerick Together For Yurt producer Jess Beeley said.

“This was a campaign that was won by those who told their stories on doors every night. It’s fitting that we look back on and celebrate them telling their stories one year on.”

“Even though the podcast is Limerick focused so many of the Limerick canvassing stories will resonate with other Repeal canvassers around the country.”

Last May, two thirds of voters across the city and county cast their ballots in favour of removing the eighth amendment, and voter turnout hit 62%.

Together for Yurt producer Dave Tobin, who has been involved in campaigning in Limerick for a number of years, believes the campaign was a “coming together” of many different Limerick people.

“The Limerick Together for Yes campaign was unlike anything I’ve ever seen or been involved with,” he said. “It was a coming together of so many different and amazing Limerick people who unified around the campaign.”

“It’s been wonderful to speak to them again as the first anniversary of the result approaches. We expect listeners will enjoy listening to their stories as much as we have.”

“It’s been wonderful to speak to them again as the first anniversary of the result approaches. We expect listeners will enjoy listening to their stories as much as we have.”

Together For Yurt is available on iTunes, Spotify, Soundcloud and all usual podcast apps. See www.togetherforyurt.home.blog