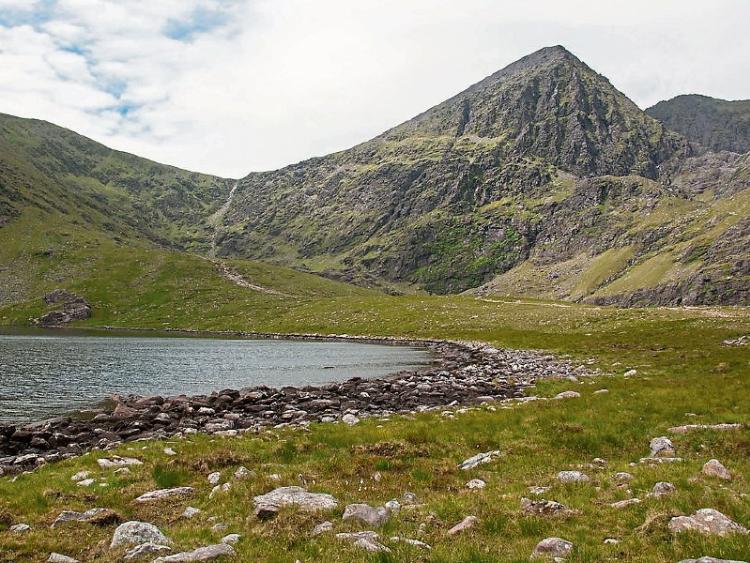 TRIBUTES were paid today to the Limerickman who died while climbing on Carrauntoohil over the weekend.

Ger Duffy, 58, originally from St Joseph’s Street in Limerick City had been living Clonlara, County Clare for the past 10 years.

The father-of-three was an avid motorcycle enthusiast, and had a passion for mountaineering.

He died from the fall at around midday. Kerry Mountain Rescue was involved in the recovery of his body.

The Rescue 115 helicopter, which flew from Shannon, was unable to land due to the rough terrain and instead ferried a number of people to the scene who were then followed by around 20 volunteers on foot.

Cllr John Costello, who was a childhood neighbour and friend of Mr Duffy, offered his condolences to the Duffy family.

“Ger was like a father figure to a lot of the younger kids in the area. He loved bikes, and always gave great advice. He was a real character, really well liked and was from a lovely family,” Cllr Costelloe said.

“He will be sadly missed, he was really one of the good guys.,” he added.

Mr Duffy was an experienced hill walking and mountain climbing. He had only recently returned from three week-long motorbike trip to Cambodia.

A friend of Mr Duffy’s spoke his love for motorbikes and mountain climbing.

“If a person gets killed biking then they were doing what they loved doing and they died happy, making it easier to accept. Ger loved climbing and was following his passion to explore the terrain,” they said.

Mr Duffy will be deeply regretted by his loving wife Carmel (nee Madden) and his children Siobhán, Aisling and Gavin. He will be deeply missed by his mother Bernie, sisters Miriam, Ruth, Helen, Tessa, Maggie and Rachel (Derryfadda), sisters-in-law, brothers-in-law, nephews, nieces, relatives, neighbours, and his many friends.

His reposing will take place at his residence (EirCode V94 EKF1) this Tuesday evening May 14, from 5pm to 8pm. The Funeral Mass will take place at St Senan’s Church, Clonlara on Wednesday 15 at 11:30am with burial afterwards in Teampaill Cemetery.