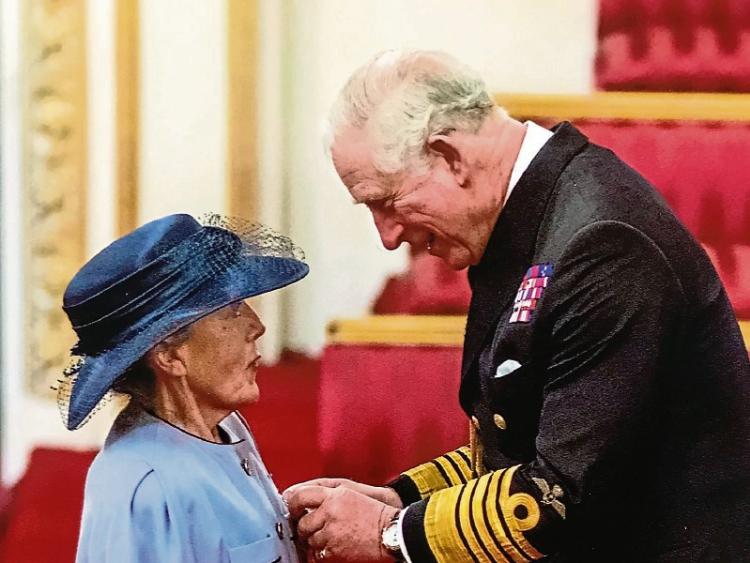 A CAPPAMORE woman who been honoured with an MBE in the Queen's Birthday Honours List for 2018, thought it was as scam when she was initially contacted.

Angela Beatty attended national and post primary education in the Convent of Mercy in Cappamore and Doon. She received her honour for the work she did in the field of education.

When Angela, a law and politics teacher at Whitefield School in North West London, was informed she would be receiving the award, she initially was sceptical.

“When I received the letter I thought ‘this must be a ‘scam surely’  as I never, ever believed that someone like me would receive such an accolade. I then rushed out and bought The Times to check out the Honours Lists. When I saw my name it began to dawn on me that this must be real,” said Angela.

“I then burst into floods of tears as I realised that the one person that truly deserved to have this special award was my dear late mother Norrie Beatty (nee Gleeson) of Cappanuke, Cappamore. She was the power-house and driving force behind all my successes.  She was the most wonderful selfless person who gave everything she had to myself and my sister and brother. She was a remarkable, courageous and outstanding lady,” she added.

Angela was taken to Buckingham Palace just before Christmas, where she was presented her medal by Prince Charles.

“The day at the palace was unreal, such pop and ceremony.  I, like all the others who were receiving awards, were treated like royalty. Remarkably one of my former student’s also received an MBE for his outstanding contribution to sport, as well as his remarkable support that he is giving to other young people. A memorable day that will never, ever be etched in my memory for all time,” said Angela.

“Prince Charles was charming and spoke to me at length about what I had done. He discussed the importance of promoting not just an academic pathway but also the increasing significance of ensuring that our young people consider alternative routes such as the different apprenticeships schemes,” she added.

Read also: Adare Manor named as the AA Hotel of the Year for 2019