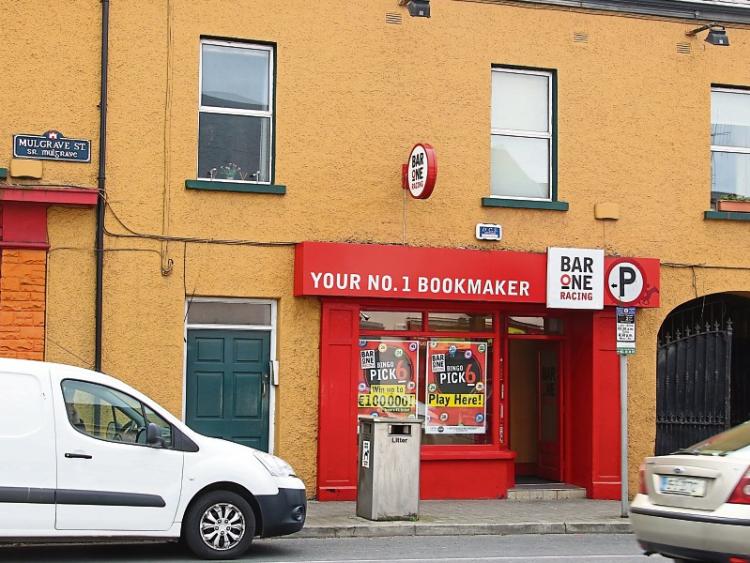 The defendant entered the bookies pushing a pram, produced a bottle of cleaning spray and threatened the female worker before removing the cash from a safe and fleeing. The cash was later recovered

GARDAI have recovered most of the money which was stolen from a bookmakers premises in the city during a daylight robbery last week.

Eugene Nevin, 38, of Collins Avenue, Kincora Park, Limerick is accused of taking thousands of euro in cash from Bar One Racing, Mulgrave Street on May 1.

Opposing bail, Detective Garda Conor McNamara told Limerick District Court it will be alleged the defendant entered the premises while pushing a buggy at around 10am.

It is the State case that he then produced a bottle of cleaning spray and threatened the female worker before removing the cash from a safe and fleeing from the store.

Mr Nevin, who was arrested at around 8.30pm on the same day apologised when formally charged.

“I’m sorry for my actions,” he told gardai.

Detective Garda McNamara told Sergeant Donal Cronin Mr Nevin made some admissions during interview and that he expressed concerns he would not appear in court if released on bail.

He confirmed a green bag from the bookmakers’ premises and a “large amount of cash” have been recovered by gardai.

Solicitor Michael O’Donnell said his client does not have a passport and is not a flight risk. He said he was willing to abide by any conditions imposed by the court if granted bail.

He added that Mr Nevin has a young child who suffers from poor health and who regularly requires medical treatment in Dublin.

Refusing bail, Judge Marie Keane noted the incident happened in broad daylight during what, she commented, was “one of the busiest weeks of the year” for bookmakers.

A file is to be prepared for the Director of Public Prosecutions.