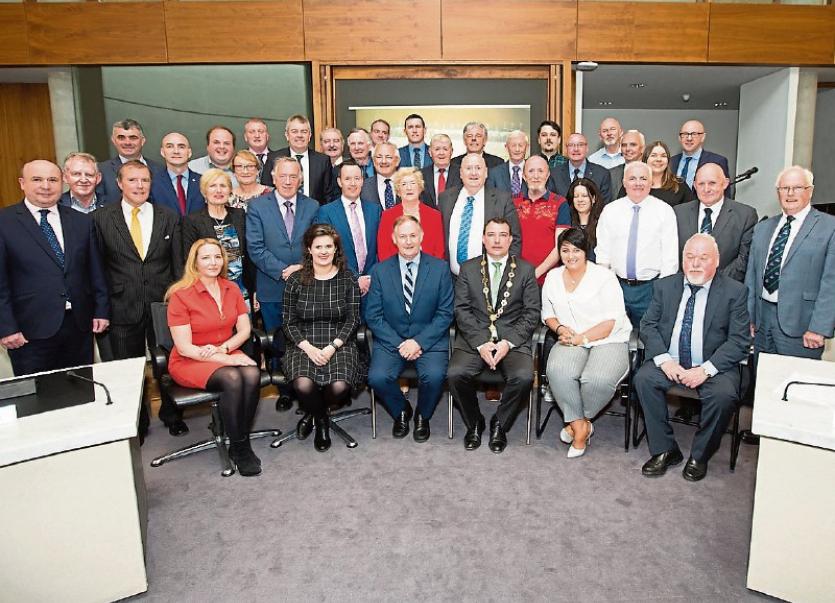 IT all began so well.  In 2014, following the amalgamation of Limerick city and county, the inaugural meeting of the new Limerick City and County Council began with a stirring Beethoven sound-track and the first, formal power-sharing agreement between Fianna Fail and Fine Gael.

This agreement seemed to signal, not just  an end to 90 years of political enmity, but also an end to political sparring over the city/county border that stretched back over decades.

Five years on however, the power-sharing is a beaten docket. As Fianna Fail’s Eddie Ryan felt obliged to remind the chamber on Monday, there is no “cosy arrangement” any more. Fine Gael, when it sided with others to vote against the last two council budgets, had seen to that, he explained.

The city/county divide, it was also clear on Monday, has not gone away.

As chief executive, Conn Murray gave a turbo-charged  account of what had changed and what had been achieved in Limerick over the past five years, councillors gloried in the  warm glow of it all.

More services, more investment, more jobs, more grass cutting, even more houses. This was Limerick’s success story, and,  even though some gently grumbled that enough of it had not reached into the county, they all took credit for enabling it.

But then came the proposal to do away with the title Mayor of Limerick and the old grievance, the old divide, was back in play.

In 2014, Cllr John Gilligan, a fierce opponent of the amalgamation, declared from the stage of the UL Concert Hall: "I remember the history of my city." He, for one, was never going to forgive those who had brought down an 800-reign of city councillors and made the role of Mayor meaningless. And all for what? The rich pickings of county rates or the pot of gold, marked city parking fines?

Oliver Cromwell, he thundered, had failed and failed miserably to do down Limerick. And Minister Hogan would also fail.

Fast forward to 2019 and Monday evening’s meeting and Cllr Gilligan was again going into battle, this time to defend the title of Mayor of Limerick. This belonged to the city, but the county wanted it for themselves, he charged. “800 years of history disposed of in half-an-hour,” he said, his voice dripping disgust when the vote was taken and it was agreed the title of Mayor of Limerick was no more.

The hurlers were invoked by Cllr Liam Galvin in a bid to bind the wounds and emphasise unity.  The hurlers go out under the banner of Limerick, he said. “We are the one people, supporting the one city, the one county,” he pleaded.

It was time to move on, to evolve, Cllr Stephen Keary coaxed.

But It looks like it might take more than one council term and a bit more time to make that a reality. Co-incidentally, the theme of time ran throughout Monday’s meeting. Seven councillors, all of whom were calling time on their council careers, spoke of their feelings at leaving.

And in a novel move, all the outgoing councillors were presented with cut-glass clocks. A nod perhaps to the fact that the clock had now run down on the new council’s first term?