Tuesday, May 7, is deadline to be eligible to vote in Limerick 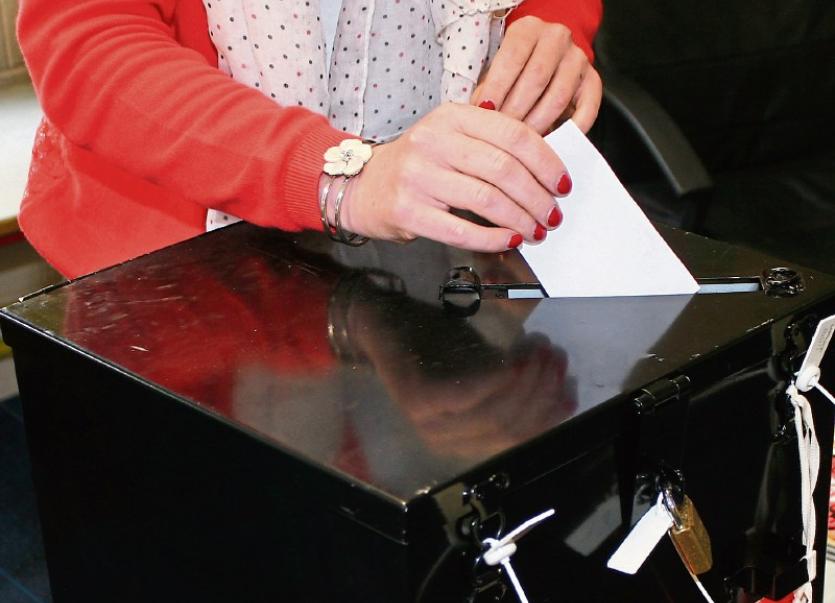 VOTERS in Limerick have until noon next Tuesday to ensure they are able to have their say in the upcoming elections, referendum and plebiscite

VOTERS in Limerick have until noon next Tuesday to ensure they are able to have their say in the upcoming elections, referendum and plebiscite.

Most people in Limerick will be voting on four separate items on May 24 next.

They will be asked if they want to amend the constitution to allow the time for couples living apart to be cut from four years down to two to allow for divorce.

On top of this, the people of the city and county will decide whether Limerick will get a directly elected mayor.

And, of course, voting will be taking place to elect new members of Limerick Council and the European Parliament for the term lasting between 2019 and 2024.

Forty seats are up for grabs on the local authority - 21 in the metropolitan area, and 19 in the rural areas.

Meanwhile, five seats are likely to be filled in the Ireland South constituency, covering Limerick in the Brussels and Strasbourg parliaments – although that could still be reduced to four, depending on whether Britain reverses its decision to quit the European Union.

In Limerick, anyone on the register of electors can vote in the local elections and the plebiscite on whether there is a directly elected mayor.

However, only European Union citizens can take part in the elections to the Strasbourg and Brussels legislatures. And only Irish citizens can vote in referenda.