Renewed calls for CCTV cameras after dumping in Limerick village 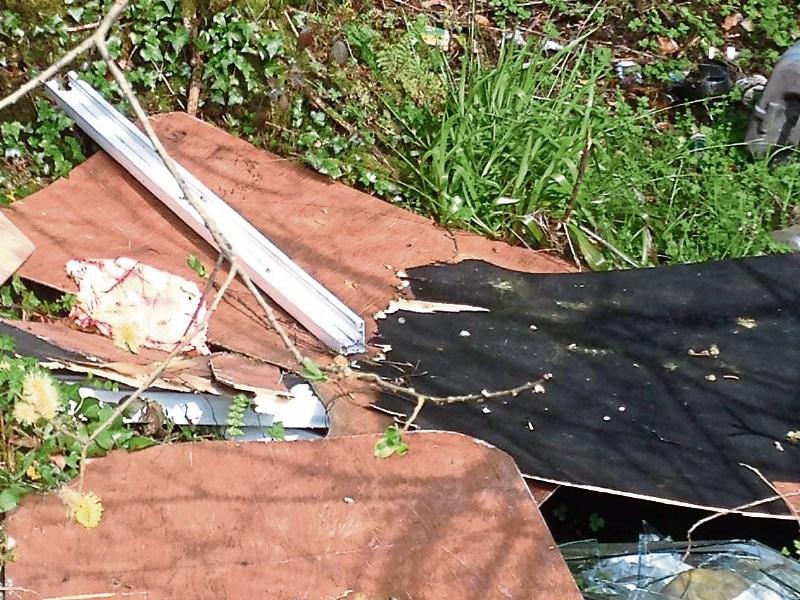 Dumping in Murroe and Glenstal prompted an angry reaction locally

RENEWED calls have been made for closed circuit television cameras to cover dumping hotspots.

It comes after “chronic" illegal disposal of waste was spotted in spots near Murroe and Glenstal Abbey.

It comes under a fortnight after the area was cleared of debris as part of the annual Team Limerick Clean-Up.

Writer and film-maker Sadbh Walshe took to the social networking web site Twitter to publish pictures of dumping in a green field.

And she confirmed she has formally made a complaint to Limerick City and County Council.

“More chronic illegal dumping in the same hot spots,” she wrote, “This time we have oil drums dumped in water source for cattle. We need cameras now.”

Her sentiment was reflected by Fianna Fail councillor Michael Donegan.

He said: “It’s very disappointing in this day and age where we are trying to promote awareness through the Team Limerick Clean-Up, Going for Gold and Pride of Place, that this illegal dumping is still going on.

“We would have recycling facilities to dispose of that type of waste in a reasonable manner which is safe for the environment. This is atrocious, very disappointing,” he added.

Read also: Limerick is tonnes of litter lighter after TLC5

“It’s a continuous battle, but we need to continue to fight this,” he concluded.

Limerick City and County Council has been contacted for a response.