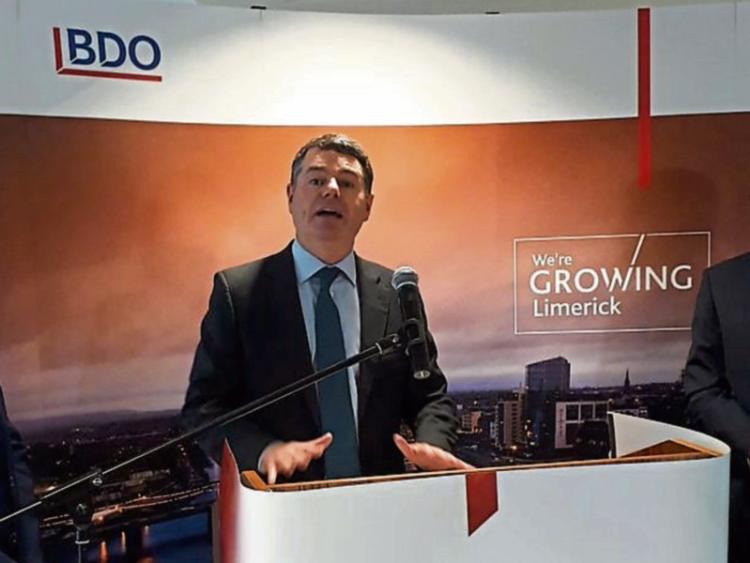 Minister Paschal Donohoe was at the launch of the new jobs | Picture: Nick Rabbitts/Twitter

LIMERICK has received a jobs boost this morning after accountancy firm BDO confirmed 50 positions at a new office in O’Connell Street.

BDO has this week moved from Michael Street to a new state-of-the-art facility above KBC Bank at 103/104 O’Connell Street.

The new positions will be across audit, taxation and advisory services and will come on stream ascross the next three years.

Minister for Finance Paschal Donohoe said BDO’s growth over recent years and its further growth is indicative of the positive mood in the city.

“BDO is an international brand that has grown very significantly here in Limerick. In doing so, BDO has helped the companies it provides services to grow and is now embarking on further expansion itself.”

BDO Limerick managing partner Denis Herlihy added: “This is a proud day for us. We’re delighted to not alone officially open this new space but to do so with a commitment to grow our business further over the coming years by creating more jobs.”

The move brings to 150 the number of staff BDO will have based in Limerick, where it has had a presence for over 30 years.