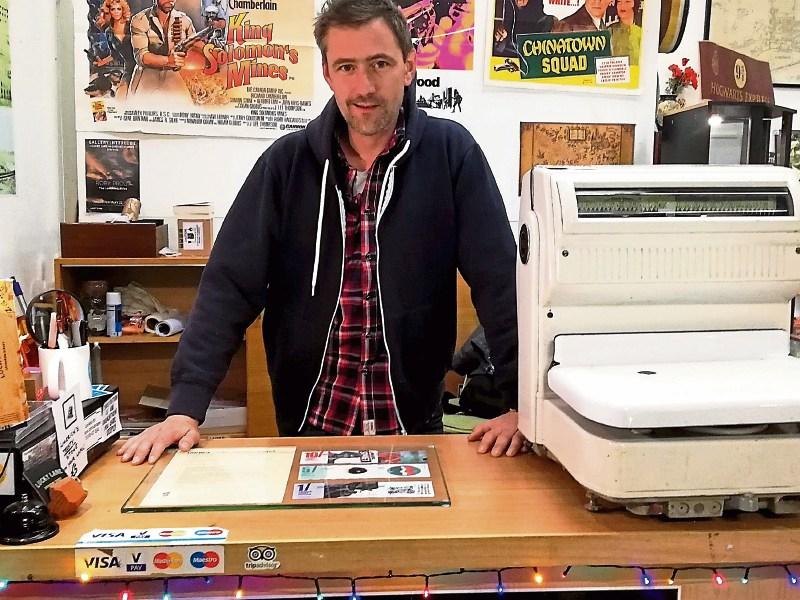 Pat O’Brien, co-owner of The Celtic Bookshop on Rutland Street says that his wife Caroline’s window display, themed on the Limerick Soviet, stops people in their tracks.

He said: ​“The window has become something of a tourist attraction. People stop outside and study it regularly.

“Even sometimes when I pass by in the evening I’ll see people engaging with the display.

“People out walking that might have no intention of buying a book are suddenly speaking about the Soviet. They’re speaking about its significance, they’re asking questions and it’s generating conversation.”

Pat emphasised that the discussion is not just limited to the streets: “Even here in the bookshop there have been some animated discussions recently about just how real a Soviet it was, and as a local historian that speaks volumes about the engagement of local people.”

The Celtic Bookshop is the primary stockist of the recently re-circulated and re-designed Soviet Shilling.

People can buy them and then spend them at participating retailers or can keep them as a collectible souvenirs, with the small profit margin made going straight back into the centenary initiative.

Designed by local artist Ciaran Nash in collaboration with Project Free Space, the currency can be spent in businesses such as Lucky Lane and the Commercial Bar on Catherine Street as well as the Urban Co-Op on the Ballysimon Road.

Lucky Lane owner Mark Sheehan proudly displays the currency on his shop’s counter and even among the vast array of eclectic and quirky items in-store,  he explains that the shillings have caught the eye of many a visitor:

“The shillings have engaged and informed a lot of people who walk in from the street. Our shop tends to spark a natural curiosity that engages people.

“Local and visitor interest was especially visible during the first week the shillings went into circulation and the Bread Not Profits play launched.”

Mark emphasises that the decision to stock the shilling was in part of an overarching aim to make people aware of the importance of valuing local history:

“The Soviet is a historical footnote on a national scale but it’s a huge part of the history of Limerick city and it showed the resilience of Limerick people and their ability to be self-sufficient.

“It’s no harm reminding Limerick people and people from further afield about our history and re-circulating the currency is a part of that.”