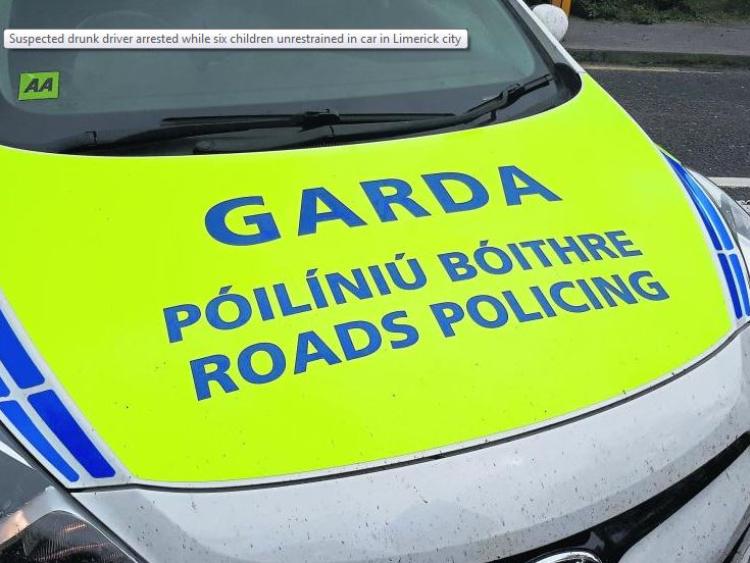 GARDAI have arrested a suspected drunk driver was carrying six unrestrained children in the back of the car in Limerick city.

Limerick gardai responded to a call from a concerned member of the public about a possible drunk driver.

When gardai intercepted the vehicle, they "shockingly" found six children and one adult in the rear of the vehicle "all unrestrained".

Two children were sitting in the footwell of the car, gardai said in a Facebook post this Thursday.
"Driver arrested on suspicion of drunk driving, no tax, insurance or driving licence, failed to give breath and blood sample at the station! Charged to appear before court on seven different charges.

"Thank you to the concerned motorist who called us and alerted us to this incident which no doubt could have an a tragic end. If you suspect something please call us."