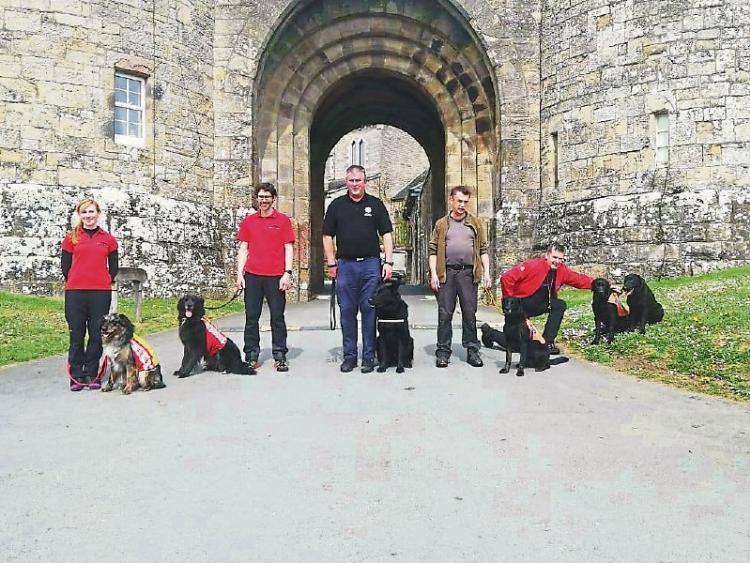 The early deployment of dogs in the search for an elderly woman missing in Glenstal Abbey was key to finding her safe and well, a Garda Dog Handler has revealed.

The elderly woman, who was reported missing last night, was located at the back of Glenstal Church in Murroe by dogs from the dog unit shortly after 10am this morning.

Speaking after the search operation, Garda Dog Handler, Pat Harrington said: “The early deployment of the dogs in this scenario is key. Our dogs are able to detect any human scent whilst out in open areas such as the fields surrounding Glenstal Abbey.

“One of the dogs located the woman's handbag and from there they were able to track her location by her scent. This is a great outcome and highlights the great inter-agency co-operation that exists between An Garda Siochana, SARDA, Mountain Rescue, Coast Guard, Search & Rescue, Irish Community Rapid Response, and local search teams,” he added.

The woman was found after a multi agency search operation that was carried out yesterday and this morning. According to a Garda Spokesperson, the dog units available from all agencies were deployed at the early stages of this search and as a result, the woman was located safe and well this morning by Irish Search Dog 'Ben'.