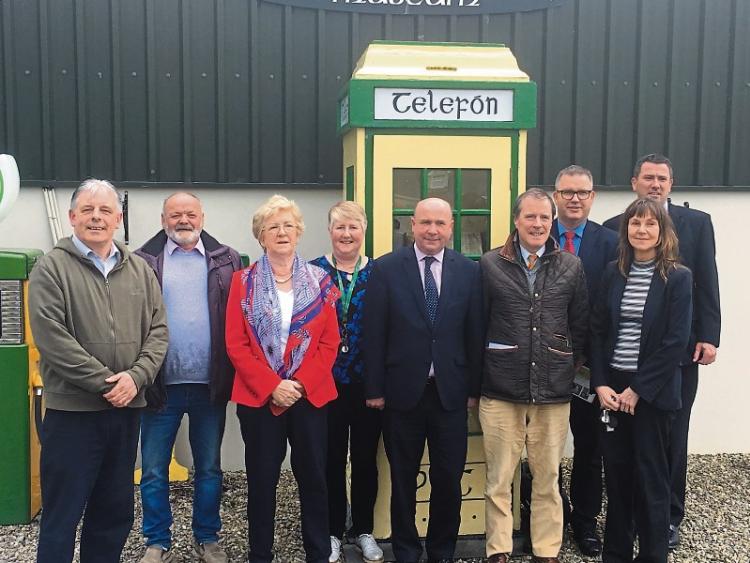 FUTURE Cappamore-Kilmallock municipal district meetings will seem very dry after last week’s one was held in a pub.

Blacky’s Bar in the Old Irish Ways museum in Caherguillamore, Bruff, was the venue for the monthly gathering. Draught beer taps carrying the names Harp, Smithwick’s, Carling, Beamish and more were on the counter. The shelves behind it held bottles of every spirit imaginable. The only problem was there was no alcohol in them.

Cllr Bill O’Donnell, a solicitor by trade, joked that he and Bruff Superintendent Brian Sugrue would “sort out a license”.

Curator of the Old Irish Ways museum, Denis O’Connor addressed the meeting before it started.

“Thank you for considering us and we are delighted to have ye. Mr father bought a Massey Ferguson in 1964. It is unusual to have a tractor in the same place for 50 years. I decided to restore in it his memory.

I didn’t know anything about the vintage scene. I started going to vintage shows, saw the collections and thought I’d like a bit of this. That’s how it all started,” said Denis.

The Old Irish Ways museum is pure nostalgia. It harks back to a simpler time before Facebook, Twitter, smartphones and iPads. If you had a TV and radio you were lucky.

It is home to a remarkable accumulation of artifacts and collectibles which were used as part of everyday life down through the year. Everything you can imagine. From the kitchen to the farmyard to the classroom, Denis’ collection built up over a number of years and represents an Ireland of bygone days.