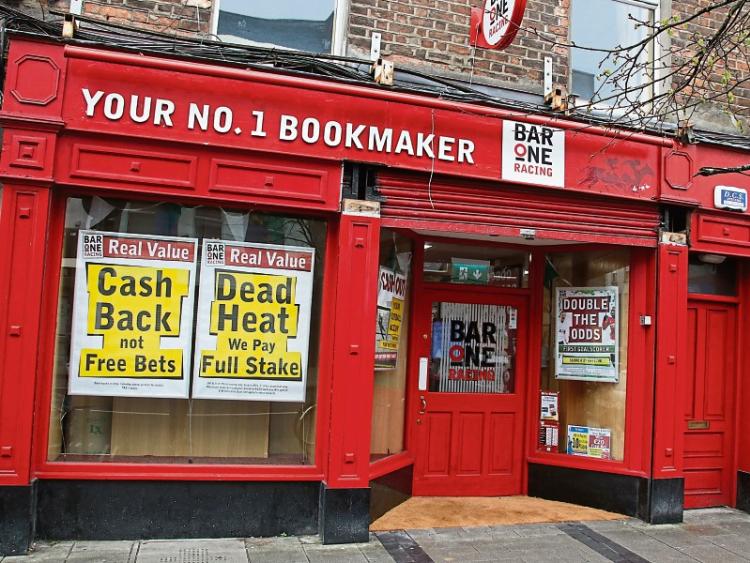 A MAN who is accused of robbing more than €400 in cash after jumping the counter at a bookmakers’ premises in the city centre has been refused bail.

Opposing bail, Garda Stephen Aherne said it will be alleged the defendant was armed with a garden shears and that he threatened staff members when he entered the premises at around 6.45pm.

It is further alleged that he can be seen on CCTV footage from the area swapping clothes with another man shortly before the robbery took place.

Garda Aherne told Limerick District Court it will be alleged the defendant jumped the counter and took €455 from the till before fleeing from the premises.

While traumatised, there was no evidence that any of the staff were physically injured.

Extensive CCTV has been obtained by gardai and it is the State case that the defendant can be identified from the footage.

A garden shears, which was recovered near the bookmakers’ premises, has been sent for forensic analysis. It is the State case that it was bought at a store in the city centre on the same day.

Garda Aherne told Sergeant Donal Cronin he had concerns Mr Braddish would commit further offences if released and that he would not abide by any bail conditions.

Solicitor Darach McCarthy said his client was willing to comply with “any and all conditions” and he insisted he is not a flight risk.

“He will take a responsible approach to bail,” he said adding the defendant had “co-operated to a degree” during garda interviews following his arrest.

Mr McCarthy said his client “enjoys the presumption of innocence” and he noted a co-accused was granted bail when he was charged and brought before the court.

Judge Mary Cashin was told the defendant’s mother is suffering from poor health and that Mr Braddish has been of great assistance to her in recent times.

“He is very very aware of the consequences of breaching bail,” said Mr McCarthy.

Having considered the garda objection, Judge Cashin said she was satisfied it was “reasonably necessary” to refuse bail to prevent the commission of further crimes.

She also noted the garda evidence that Mr Braddish is addicted to controlled drugs.

The defendant was remanded in custody to appear before the court again next week via video-link.

Sergeant Donal Cronin said investigations are ongoing and that a file is to be prepared for the Director of Public Prosecutions.

If the matter proceeds on indictment before the circuit court, it is unlikely any trial will take place before next year.