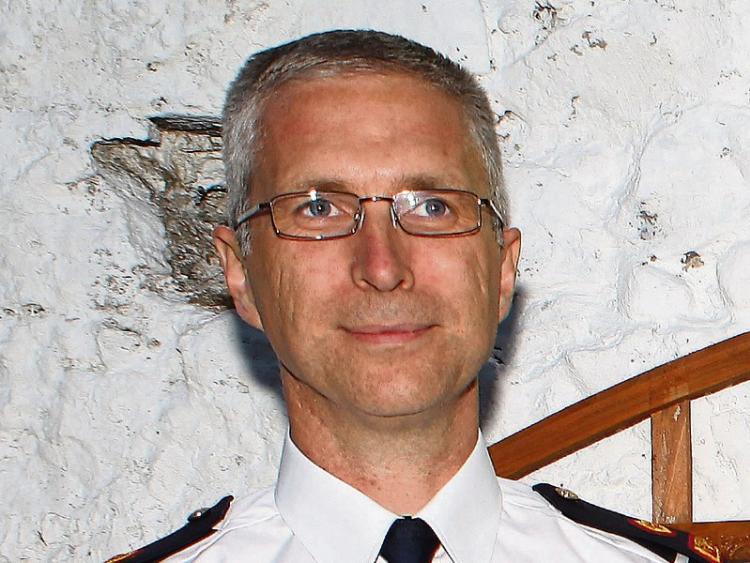 BRUREE is Bruff Superintendent Brian Sugrue’s “top priority” and he hopes to get an extra garda for the village.

At a Joint Policing Sub Committee meeting of the Cappamore-Kilmallock  district,  Cllr Brigid Teefy said locals are afraid to leave their homes due to the amount of break-ins.

Supt Sugrue said their policing response has included their own resources in Bruff, as well as the Armed Support Unit and Traffic Corps.

“Bruree is my priority for additional resources. In any plan to increase staffing levels Bruree will be the priority,” said Supt Sugrue, who referenced the imminent retirements of Sergeant Helen Holden in Cappamore and Garda John Curtin in Ballylanders.

He said a garda will be transferred to Ballylanders and “moves are afoot to ensure a sergeant for Cappamore”.

Supt Sugrue said the timing is out of his hands but that Chief Superintendent Gerry Roche has acknowledged the excellent work done by Sgt Holden and that the sergeant’s position in Cappamore will remain.

“Garda Pat McEnery is doing a great job but he needs more support. Due to the amount of burglaries people are afraid to go out.

Houses have even been broken in to during funerals. It is not fair on people. There needs to be some resolution,” said Cllr Teefy.

Supt Sugrue said the decent people of Bruree have been disproportionately affected in the  “very picturesque village”.

“A number [of the alleged perpetrators] have been arrested. They are not unknown to us. They are receiving garda attention from ourselves and divisional resources. Bruree is my priority. When I get an extra guard they are going to Bruree,” said Supt Sugrue.

Cllr Teefy asked if he was hopeful of getting another member for the parish and the superintendent said he was.

Cllr Bill O’Donnell said there was “cowboys and indians” going on in Bruree. Cllr Mike Donegan welcomed the plan for extra garda resources and stressed the need for them.

“This isn’t the first time there has been problems in Bruree. The small minority who are doing this are nothing but hooligans. There is a great community council. What they have done with the sports field is excellent,” said Cllr Donegan.

Cllr Ger Mitchell paid tribute to Sgt Holden and Garda Curtin who both practically knew about a crime before it was committed.

“I’ve known Garda Curtin a long time. He is a real type of garda. He has solved a lot of crime. I would like to wish Garda Curtin and Sgt Holden well in their retirement,” said Cllr Mitchell.