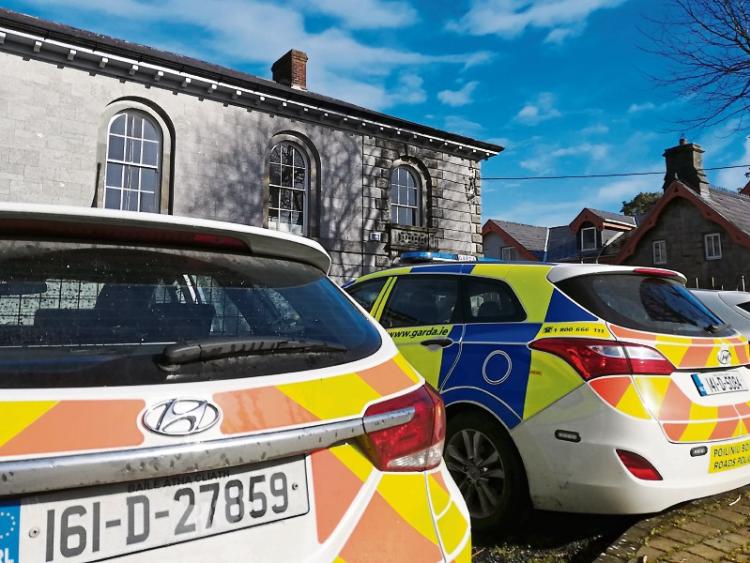 Gardai gave chase when they saw the car being driven with two females hanging out of the windows. Pedestrians had to jump out of the way of the accused's car during the pursuit

A YOUNG woman who drove at speeds of up to 150km/h in an attempt to evade gardai is facing the prospect of a prison sentence.

Natalie Sheridan, 18, who has an address at Ballywilliam, Rathkeale has pleaded guilty to multiple road traffic charges relating to an incident in the town on March 17.

Inspector Andrew Lacey told Newcastle West Court that gardai decided to follow a grey Peugeot car – being driven by the defendant – after they saw “two females hanging out the rear window.”

Ms Sheridan, who lives in the UK, accelerated at high speed before driving through the centre of the town.

Insp Lacey said during the pursuit through Rathkeale, the defendant overtook a number of cars on the wrong side of the road and that two pedestrians had to jump out of the way of the car.

When the Peugeot car was stopped at Church Street, Rathkeale shortly after 10pm, gardai established that Ms Sheridan was not insured to drive the car and did not have a driver’s licence.

Solicitor Michael O’Donnell said his client has no previous convictions and that events had “spiralled from what was a relatively minor matter”.

He told Judge John King the defendant, who was driving her mother’s car on the night, was going to get food with friends when she first encountered gardai at Main Street, Rathkeale.

“She panicked. It was bizarre and dangerous,” he said.

The solicitor said his client is embarrassed by her behaviour and has been chastised by her parents.

After hearing the facts Judge King said some offences warrant prison sentences even when the offender has a good record.

“She is lucky she is only dealing with these charges,” he said.

Urging the judge not to impose a custodial sentence, Mr O’Donnell pointed out there had been no accident as a result of his client’s driving and that what happened was out of character for her.

He said while Ms Sheridan is willing to carry out community service, her primary residence is in the UK which could create practical difficulties.

“Her options are a custodial sentence or community service,” said Judge King who ruled out the possibility of a suspended sentence.

“Absolutely not,” he said indicating he was considering the maximum penalty of 240 hours of community service in lieu of a prison sentence.

“If she is not going to do community service, she is going to jail. Either way she will be in the jurisdiction for some time,” he added. The case was adjourned to next month to allow the Probation Service to complete a community service report.