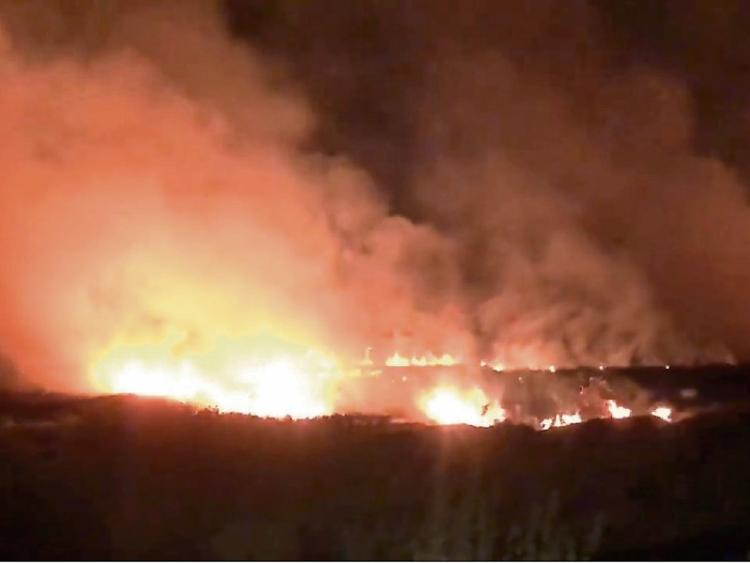 AREAS of forest, gorse and dried grasses in Limerick and nationwide are now at risk of fire as temperatures sharply increase over the coming days, the Department of Agriculture has warned.

Issuing a Status Orange forest fire alert this Thursday afternoon, the Department of Agriculture said that the warning came into effect on Thursday 12 noon, and will conclude on Tuesday 12 noon, as temperatures are expected to peak on Monday in some parts of the country.

“Arising from Easterly High Pressure conditions and forecast high temperatures, a High Fire Risk exists in all areas where hazardous fuels such as gorse, heather, dried grasses and other dead vegetation exist. In some areas, fire risk condition may be moderated temporarily by scattered light rain during the timeframe of this notice.

“The projected meteorological fire risk is likely to be further compounded by additional ignition risks arising from the forthcoming Easter Bank Holiday Weekend. Most recent fire incidents appear to have taken place on lands associated with turf cutting, but additional risks may also exist on areas commonly used for public recreation.

The government department said the highest degree of vigilance is warranted by forest owners and managers during the long weekend.