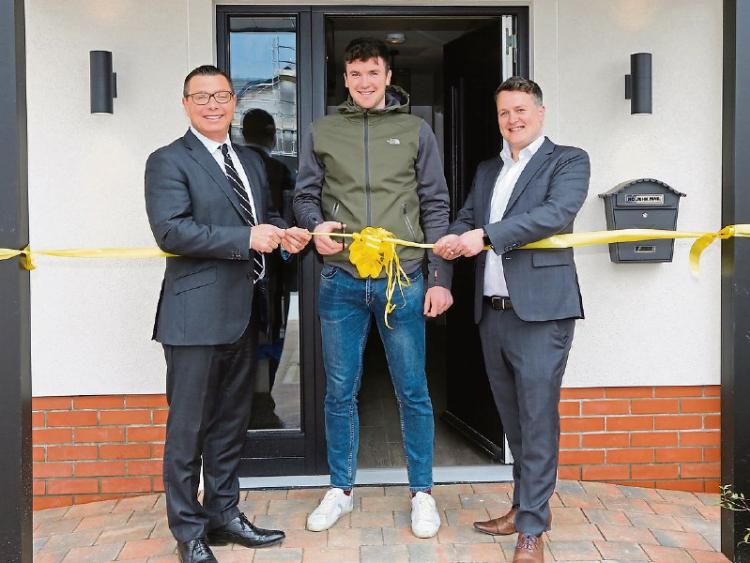 ON A chilly and blustery Sunday afternoon, Michael O’Connor and his team shook hands on a cool €4 million worth of home sales in Adare.

The launch of the new exclusive development - Manor Brook - was supposed to be open from 2pm to 4pm but people began congregating from 12.30pm. The director of REA O'Connor Murphy turned the key in the door of the showhouse at 1pm and didn’t lock it again until 5pm.

There are 40 houses in total as well as five service sites. REA O’Connor Murphy released 22 abodes in the first phase on Sunday.

“We had 10 bookings over the weekend - six three bedroom and four of the four bedroom – all semi-detached. We would hope that we will have another five or six sold in the coming week or so from very interested parties. The detached are generally slower but we have a couple of people interested in the €650,000 ones,” said Mr O’Connor.

He expects to sell out the first phase within the next couple of weeks. Prices will then be revisited for phase two.  Mr O’Connor said they were delighted with how the launch went.

“There was a massive crowd. We opened at 1pm and closed at 5pm. It was constantly busy. There was a mix of young couples and people downsizing. There has been a very good response. We’re thrilled with it,” said Mr O’Connor.

They got a classy hurler to officially launch the classy development - Limerick hurling captain Declan Hannon. Mr O’Connor said it was an honour to have the Adare man cut the ribbon at a pre-launch event on Saturday.

“As a Limerick man and a GAA man, the excitement that you, the team and management have given us over the last two years has been incredible. It is very exciting what’s ahead for the remainder of this year and we wish you well. There is so much potential in that squad,” said Mr O’Connor.

“It would be remiss of me not to say while we are very proud of what you have done on the pitch, I think it is a credit to every one of ye the way ye have behaved off the pitch. We are very, very proud to have you represent us in Limerick,” said Mr O’Connor, to warm applause from those crowding around the showhouse’s kitchen island.

He hopes to have the first phase of Manor Brook sold by the time Declan and Limerick take the field against Cork on May 19. Construction, by Torca Homes, started about six months ago.

The auctioneers are also looking forward to unveiling the showhouse in The Heritage, Adare, next month.  There are nine detached properties in the development and only four remain.