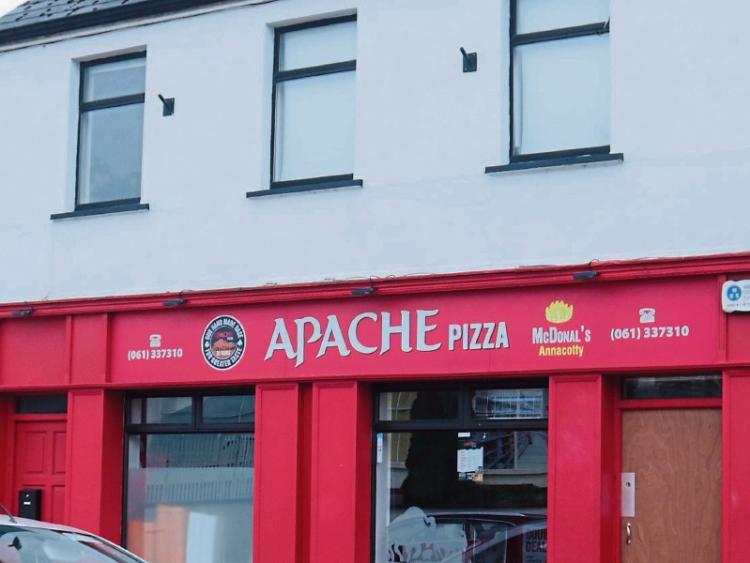 GARDAI say they are anxious to locate two men who subjected a local businessman to a terrifying ordeal.

They are appealing for information after the owner of a takeaway premises in Annacotty was attacked and robbed late at night.

According to gardai, the incident happened at around 1am on April 10 – shortly after Apache Pizza in the village had closed for the night.

The owner of the premises got into his car with the night takings to go home. He was suddenly confronted by two men who were wearing masks,” said Garda John Finnerty.

The culprits who were armed with golf clubs smashed the windows on both the driver’s side and passenger’s side of the businessman’s car who got out of the vehicle and fled.

“The thieves retrieved the bag of cash (from the car). They got into a grey Skoda Octavia and left the area,” said Garda Finnerty.

As part of their inquiries investigating gardai are seeking to establish the movements of the Skoda after it left the scene of the incident.

In a sinister twist, the premises was broken into and ransacked at around 4am the same morning.

“It is believed that both incidents are linked. If you were around Annacotty Village on Wednesday, April 10, at either 1am or 4am and noticed either incident then please contact the Gardai at Henry Street station,” said Garda Finnerty.