#WATCH: May Bank Holiday belongs to Limerick as Riverfest 2019 is launched 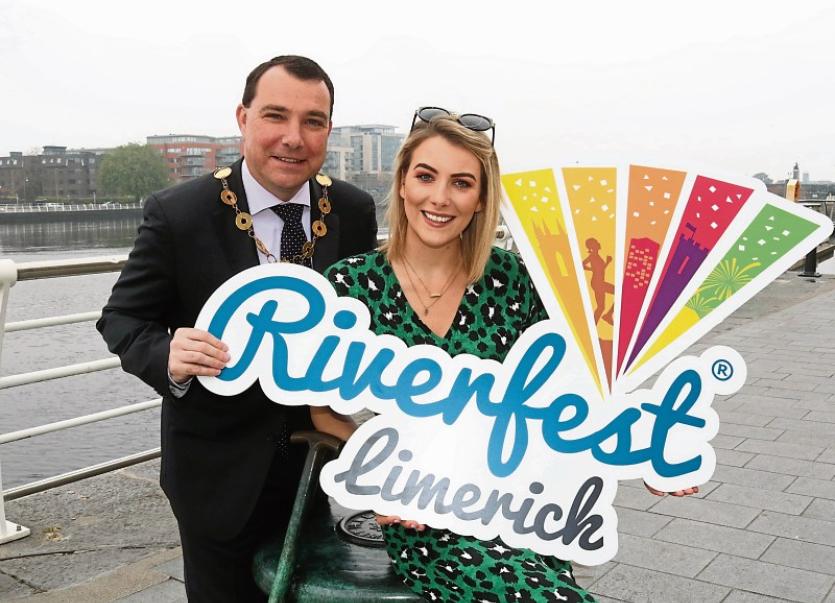 As this year's Riverfest was launched at House Limerick, and the array of activities laid out, the claim that the city owns the  May Bank Holiday weekend certainly did not seem outlandish.

Laura Ryan, Head of Marketing and Communications, Limerick City and County Council made the declaration as the exciting plans for festival were laid out at its official launch this Tuesday.

Speaking at the launch at House Limerick, Mayor of Limerick City and County Cllr James Collins outlined the broad range of festivities in store.

“We’re looking forward to a bit of entertainment, in our 15th year. The range of activities has blown me away, the river is at the centre of it all: We have zorbing, ziplining, kayaking, fishing,” he revealed.

This year's Riverfest plans to be bigger than ever, with the Council's culture and arts officer Sheila Deegan saying she hoped “100,000” people would come and join in on the fun, which has been further spread along the river than ever before.

It now occupies the rear of the Hunt Museum, Arthur's Quay Park and the Potato Market, with Mayor Collins describing it as a “a wonderful opportunity for us all to celebrate all that is great and unique about Limerick”.

There is also the welcome addition of local group Fidget Feet who will showcase their aerial acrobatics prowess and it’s the first time that fishing will be a feature of the festival, with many people of all skill levels coarse fishing along the canal.

As well as the many river-based activities, there’s much more in store.  Mayor Collins pointed out other attractions like artisan Limerick food producers in the Riverfest village, comedy, theatre and opera performances among others.

"It’s all going on here in Limerick on the bank holiday weekend,” he told The Leader at the launch.

The weekend’s ‘Big Gigs’ will include The Stunning and the Frank And Walters Live at the Big Top on Sunday and Qween at Dolan’s on Saturday night.

Comedy heroes Dermot & Dave will take to the stage in UCH on Friday night. Also, this year, the Abbey Theatre Production of The Country Girls will be performed at the Lime Tree Theatre from Thursday, April 30.

And if Limerick's claim to the May bank holiday was still in doubt, don't forget the Great Limerick Run will be taking place on the Sunday!

For a full list of events and information on where to find tickets visit www.riverfest.ie