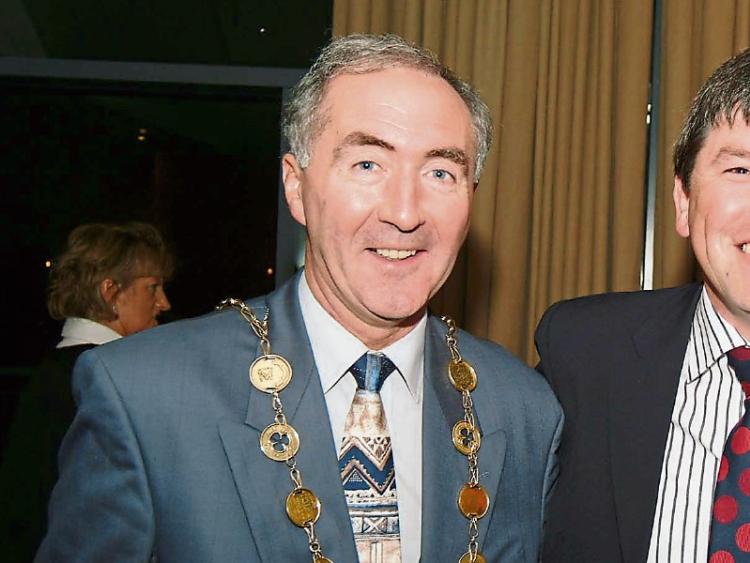 Former mayor of Limerick the late Dick Sadlier, pictured at an event in 2003

THERE is sadness in Limerick this Monday following the death of former Progressive Democrats and Fianna Fail councillor Dick Sadlier.

Mr Sadlier, a three-time mayor of Limerick, passed away following a short illness. He was in his late 60s.

He has been described as being “in a class of his own” by Senator Maria Byrne, served as his deputy during his final mayoral term between 2003 and 2004, when he bestowed the Freedom of the City on former European Parliament president Pat Cox.

“It was a privilege serving under him,” Ms Byrne said, “He was such a gentleman to work with. I’d known Dick a long time, we had both come from the same backgrounds, as being publicans. He was a thorough gentleman and so passionate about his city. He was exemplary, I think it is the best way of putting it.”

Despite hailing from Monaleen, Mr Sadlier represented the old Ward Four, which covered areas like O’Connell Avenue, Ballinacurra, the Hyde Road, and other parts of the southside.

Latterly, Mr Sadlier worked as a lecturer in accountancy at the Limerick Institute of Technology.

Fianna Fail councillor Kieran O’Hanlon, who was elected to the old City Council on the same day as Mr Sadlier. The pair switched from the Progressive Democrats to Fianna Fail at the same time.

“We were personal friends as well as political friends,” he said, “He was a formidable councillor, probably one of the best speakers I have known in public life. He was so proud of Limerick, and very committed to doing the job right as mayor. He represented the city with dignity and respect.”

“He was very much a proud Young Munster man too, may I say,” he added.

He will be reposing at Griffin’s Funeral Home in John’s Gate this Tuesday from 5.30pm, before being removed to Mary Magdalene Churchg in Monaleen.

His Requiem Mass will take place on on Wednesday, March 20 at 12 noon. Funeral afterwards to Kilmurry Cemetery, Castletroy.