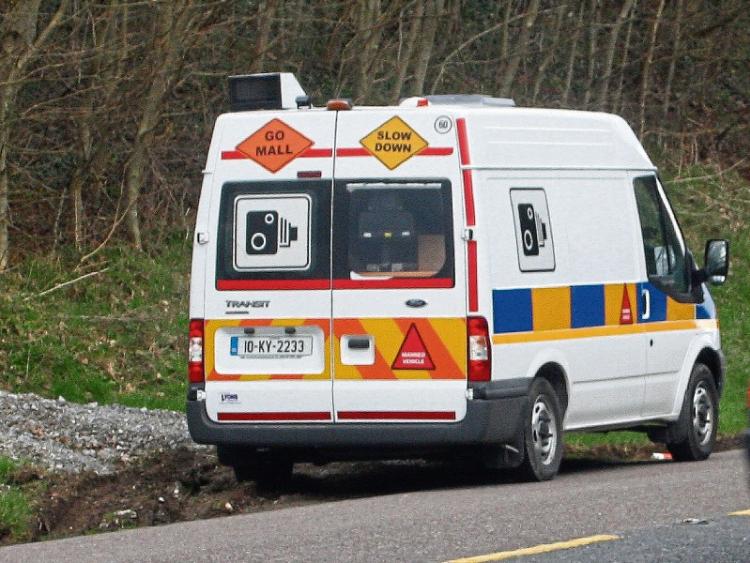 The issue of speed vans was raised at a meeting of the Newcastle West Joint Policing Sub-Committee.

SPEED vans are continuing to cause annoyance to councillors in the Newcastle West Municipal District.

“I will not let it go,” Cllr Liam Galvin declared to Supt John Deasy at last week’s meeting of the Newcastle West Policing Sub-Committee.

The speed van at Mountmahon in Abbeyfeale was the subject of Cllr Galvin’s problem and was, he said, causing “unbelievable anger”.

Such vans, he pointed out, were supposed to be located at accident blackspots. Mountmahon was not an accident blackspot, he argued, yet the van was continually there while there was no speed van at Barnagh where the most fatalities had taken place.

People are supportive of the speed vans, he continued but were furious over the one at Mountmahon.

“What revenue has been taken,” he demanded. “Where is that revenue going?”

Cllr Jerome Scanlon was equally irate about a speed van that was at Feohanagh “morning, noon and night.” “It is absolute nonsense,” he said as there was a high-risk area one mile up the road.

And he questioned whether in fact the van was parking on private ground.

Cllr Francis Foley wanted to know if the gardai had “any input” into where speed vans are located. “Is it possible to get a review done,” he asked. “Can we have an update for the next meeting?”

Supt John Deasy told councillors that since the matter was raised with him at a previous meeting  he had spoken to local gardai. “There is nothing you have told me that they haven’t agreed with,” he said.

It was correct to say that speed vans were assigned to accident blackspots, he continued. “It is not to penalise, it is to educate people about proper road safety,” the superintendent said.

But he pointed out that  there was a bit of leeway in relation to the precise location of the van in order to prevent causing further danger.

A site had to be risk assessed, he said. He undertook to provide a report for councillors at the next meeting on Feohanagh, Abbeyfeale and Templeglantine.