Surface on Limerick road is ‘like a patchwork quilt’, claims election candidate 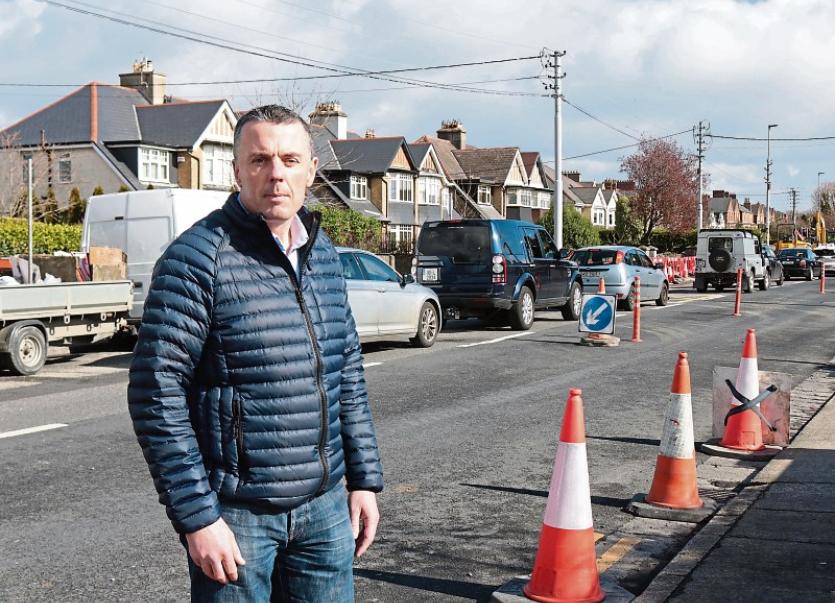 Pat O'Neill: "There are beautiful houses along the road then you have something that someone described to me as looking like a patchwork quilt"

LOCAL election candidate Pat O’Neill has criticised what he says is the shoddy work of contractors working on behalf of Irish Water claiming that they have left the Ennis road like“a patchwork quilt”.

Shareridge Ltd has been carrying out work inbound to the city, between the Ardhu Ryan bar, and the Union Cross, in order to install a water main and improve the water supply to the northside.

But the Fianna Fail man has criticised the “slapdash” work done by the workmen, claiming it is causing danger to the public.

“The finish is just so silly. It’s non-professional. I got a call yesterday from a local postman who took a wobble on his bike as it was so uneven.

“It does hold a difficulty for people to travel on an uneven surface. On a main thoroughfare like this, we should have a more acceptable finish,” Mr O’Neill said.

Mr O’Neill said: “The workmen just seen to be moving quickly between jobs. It’s driving people mad. This is major thoroughfare into Limerick.”

“There are beautiful houses along the road then you have something that someone described to me as looking like a patchwork quilt.”

The local election candidate urged council bosses to ensure the surface is returned to its original state.

A spokesperson for the local authority said this is ultimately Irish Water’s responsibility.

“Roadworks by their nature are an inconvenience and contractors are urged to keep the disruption to a minimum, but they are necessary to improve the infrastructure of an area,” the council spokesperson added.

In a statement, issued to the Limerick Leader, Irish Water said: "As this work requires some excavation along the road, temporary reinstatement of the road surface is being carried out. Permanent reinstatement will then take place on completion of this section of the work. This is scheduled to take place during the Easter mid-term break in order to minimise disruption to traffic."

The statement adds: "Irish Water and our contractors always prioritise the safety of public and road users when carrying out any construction works, including road reinstatement. We would like to thank local residents, businesses and commuters for their patience and support as we carry out this essential work to safeguard the water supply."