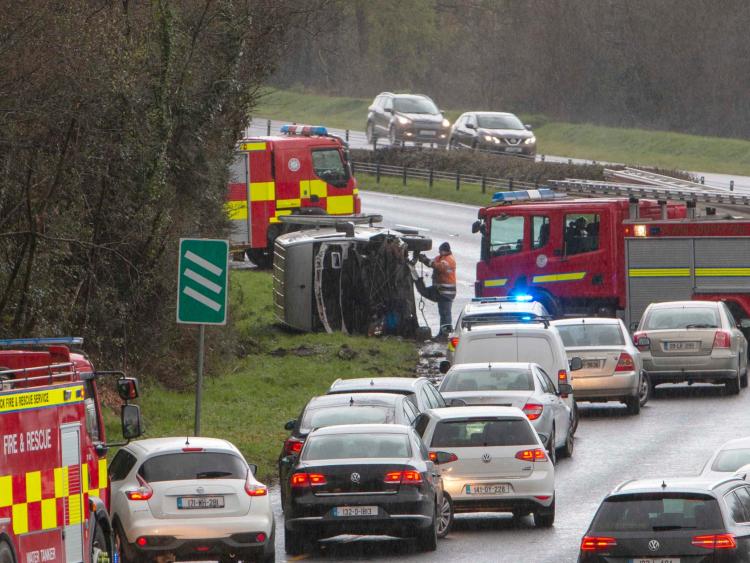 The scene of the road accident on the N18 | PICTURE: Liam Burke

TRAFFIC delays have eased on the N18 which has re-opened following an earlier road accident.

A fleet of emergency services from Limerick and Clare attended the scene of the incident after a vehicle overturned on northbound carriageway near Cratloe at around 7.30am.

A section of the dual carriage way was closed for a number of hours - resulting in considerable delays, particular for those en route to Shannon Airport.

Six units of the Fire and Rescue Service were dispatched to the scene; three from Shannon and three from Mulgrave Street.

It is not known how individuals were involved in the vehicle or the extent of injuries, if any.