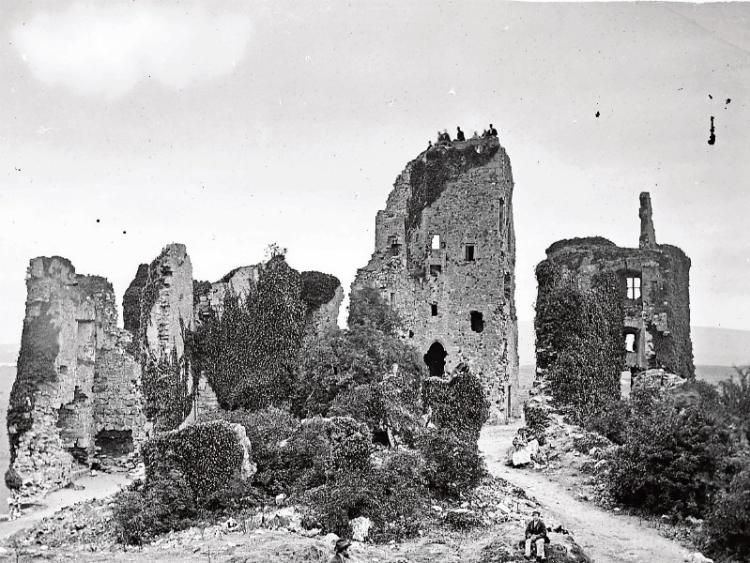 Carrigogunnell Castle was built during the 13th century

THE HUNT is on to find the owners of a famous Limerick Castle.

Carrigogunnell Castle was built during the 13th century, and was destroyed in September of 1691 after being captured during the second siege of Limerick.

The castle is built on top of volcanic rock near Clarina village and is overlooking the Shannon Estuary. It is understood the land surrounding the castle is owned by one or a number local farmers, however the owner of the actual castle remains a mystery.

A meeting was held at Ballybrown/Clarina Community Resource Centre on Monday February 25 regarding the future attracted over 70 people. The meeting, which was open to the public was chaired by Stephen O’Dowd.

“Before anything can be done, we need to establish who owns the castle. The land is owned by a local farmer, but the castle itself is owned by someone else,” said Mr O’Dowd.

“It seems the Monsell family owned it until recently. They took ownership of the castle in 1692 and records show that they had ownership for hundreds of years. It would have been in that family, who now live in the UK, until recently. But then records disappear,” he added.

Mr O’Dowd said that after the owner is established, a number of steps could be taken, including purchasing the historic site.