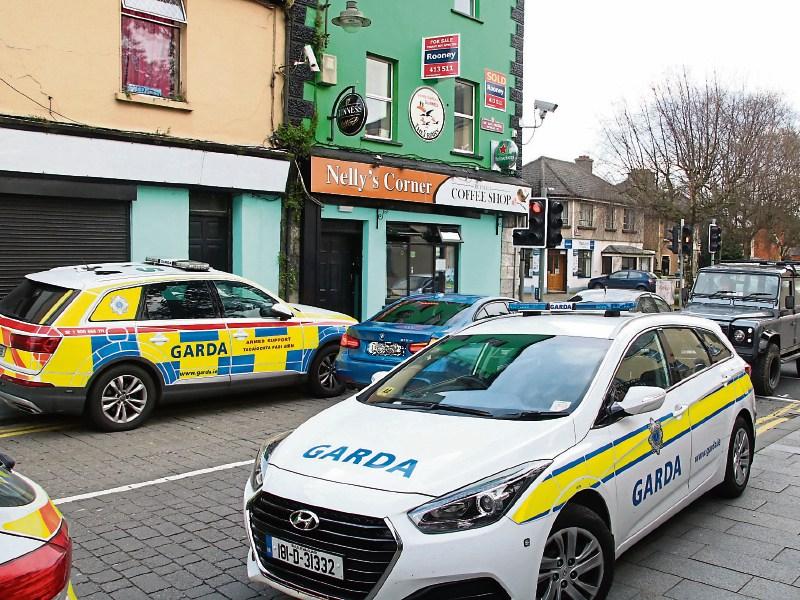 Two garda cars and an armed support jeep attended the scene of an altercation at Nelly’s Corner on Monday afternoon Picture: Adrian Butler

A LIMERICK city business remains closed following a altercation that that took place on Monday afternoon.

A number of gardai from the armed support unit attended the scene of an altercation on Nicholas Street, Limerick.

The incident, which took place at a cafe called Nelly’s Corner, is believed to be between the owners of the cafe and the landlords of the building.

There will now be a period of mediation between the two parties, in the hopes of finding a solution to ongoing issues

A crowd of around 30 people had gathered outside the building, as well as one armed response jeep and two garda cars.

The crowd had gathered in support of the cafe owners, with one concerned local saying they would stay all night if they had too.

A spokesperson for an Garda Siochana confirmed that gardai had attended an incident at the location, and described it as a civil matter

A sign on the window read “did not pay the rent or utility bills so had no choice but to close.”

The disagreement is believed to be in relation to a disagreement over the lease. In November of last year, electricity was cut to the building.

David and Noreen Ryan, who run Nelly’s Corner, refused to leave the cafe at the time, and said they have two and half years left on their lease.

Phil Conway, one of the directors of Lucrative Developments, at the time, denied his company had cut the electricity and said they were seeking resolution.

“We at Lucrative Development did not cut off electricity. We wouldn’t do that. There is a dispute over the lease that is in place. It’s a dispute we are definitely hoping to resolve. But from our point of view, we have no issue with the lease agreement,” said Mr Conway.

The dispute, the Ryans claimed when asked in November, centres on a disagreement over the lease and arose shortly after the new owners bought the building.

“I feel we are being wronged. We had a five-year contract. We have two-and-a-half years left in the contract,” said Noreen said at the time.