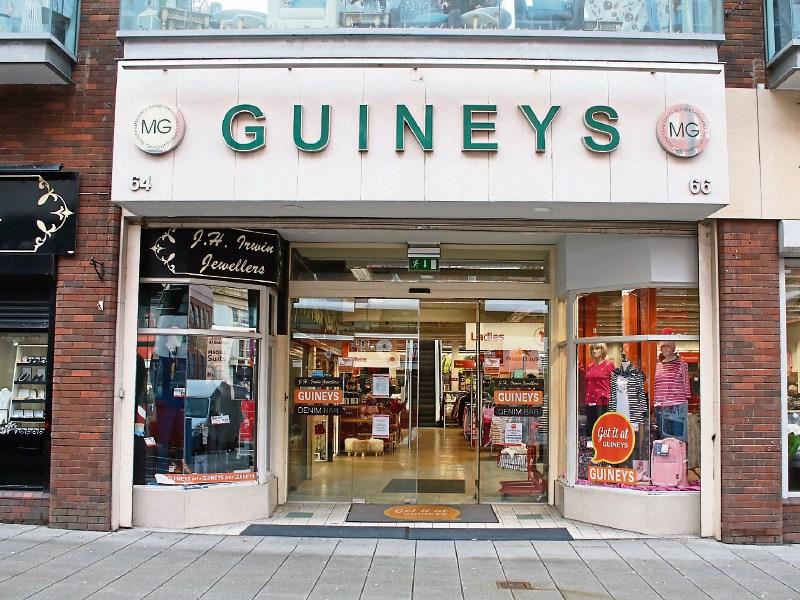 Retired doctor Haidhan Alakkari, 68, was found guilty of stealing a black leather jacket at Guineys in 2017

A RETIRED doctor has been found guilty of stealing a “high-priced” jacket from a Limerick city store after he claimed he “forgot” to pay for the item at the cashier desk.

Haidhan Alakkari, 68, of Harvey’s Quay, appeared before Judge Marian O’Leary last Thursday, charged with Section 4 theft offence, after he failed to purchase a black leather jacket at Guineys, William Street, on May 14, 2017.

Limerick District Court heard that Mr Alakkari had purchased a brown leather jacket and two pants at the store earlier that day. He returned to the store later to return the two pairs after he found they did not fit him, the court was told.

The court was told that when he returned to the store, he saw the black leather jacket in question and placed it into a bag.

The retired gastroenterologist went to the cashier desk to return the two pants, for which he received a receipt worth €47.90, but did not pay for the jacket.

Solicitor Darach McCarthy told the court that his client had no previous convictions and has been suffering from diabetes.

“He tried to pay for it after he was stopped by security,” Mr McCarthy said, adding that security was “insistent” that the cashier not accept his money.

Witness Dermot Costelloe, who was a member of security at the time, told the court that he had been observing Mr Alakkari via CCTV when he placed the jacket in the bag.

Mr Costelloe said after he returned the pants, he followed the accused outside the store and then contacted the gardai.

Mr Costelloe said when he requested a copy of CCTV footage, “it wasn’t working at the time”.

Mr McCarthy said his client disputed Mr Costelloe’s evidence, and that he was inside the store when he was stopped.

The security officer said he recognised Mr Alakkari from earlier that day and “observed him as he walked into the store”.

The court heard that Mr Alakkari’s wife, who is a gynaecologist in Saudi Arabia, bought the black leather jacket the next day.

Giving evidence, Mr Alakkari told the court that he returned to the store one hour after purchasing the pants because they did not fit.

He said that he placed the jacket in the bag because there was no basket in which to place the item. He said he told security that he forgot to pay for the jacket.

He said that when he went to the cashier to give his bank card, security asked staff not to take money from him.

He said that he was “on a range of medication” and that he had been suffering from diabetes since 1992.

The court heard that the accused placed the trousers on his arm and placed the jacket in the bag. Judge O’Leary asked Mr Alakkari: “Where were you when you put the pants on your hand?”

He told the court that he placed the jacket in the bag after he picked it up off the rails.

Mr McCarthy told the court that CCTV footage “would have been great” and that his client was “very consistent” that he “had the money with him” and that the jacket was paid for the following day.

Judge Marian O’Leary found the defendant guilty on the basis of the evidence that was presented to the court.

Mr McCarthy said that CCTV evidence would have shown him trying to pay for the jacket. The judge ordered him to pay €300 to the poor box, four months to pay. The matter is adjourned to June 5.