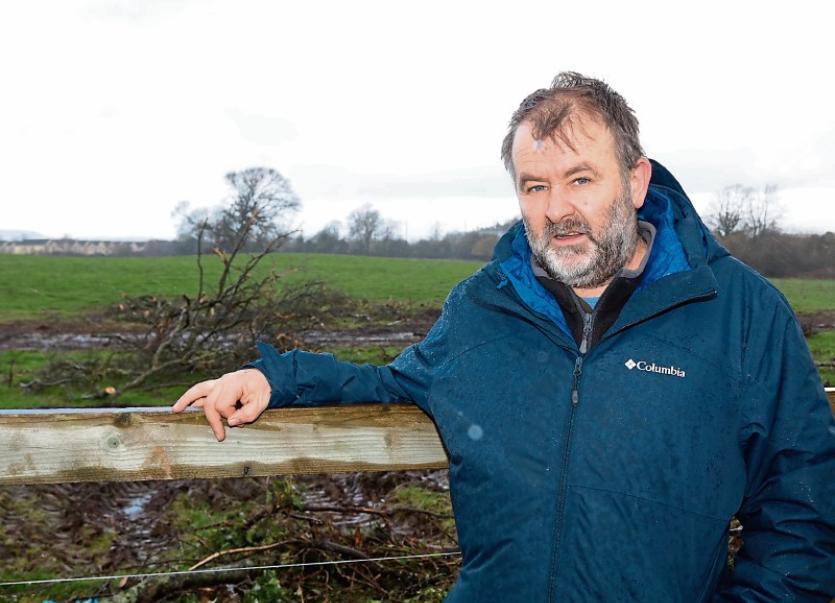 Activist Sean Hartigan, pictured at the field where the trees have been cut

A LOCAL activist has made a complaint to Limerick City and County Council over the felling of trees.

Green party local election candidate Sean Hartigan is appalled at the fact a number of trees and hedgerows appear to have been axed at a site in Castletroy.

He discovered this – ironically enough – after giving a talk to local children on the need to create homes and habitats for wildlife.

“That field is a huge habitat for wildlife. The amount of birds which would live in there, the bats which would have been in the trees – and the trees themselves would be absorbing carbon from the atmosphere and pumping in oxygen. We have 1% of native tree cover in this country and we need to retain absolutely everything we have,” Mr Hartigan, Lisnagry, said.

He received his first call about the tree felling from a concerned and “horrified” parent, who he said, compared the scene to Watership Down.

“I am still getting calls from people. There was one woman here early on Saturday when it started, and she said it was like Watership Down – rabbits running all over the place,” Mr Hartigan added.

Mr Hartigan has written to council, as well as the National Parks and Wildlife Service, and Coiltte to raise his concerns and enquire as to whether a felling licence was in place at the land.

“There were some oak trees and ash trees in there. There was one oak tree well over 150 years in there of up to two metres,” he claimed, “We are talking about up to 300 metres of hedgerow, maybe up to 14 or 15 trees.” Mr Hartigan claimed they were all removed over one weekend.