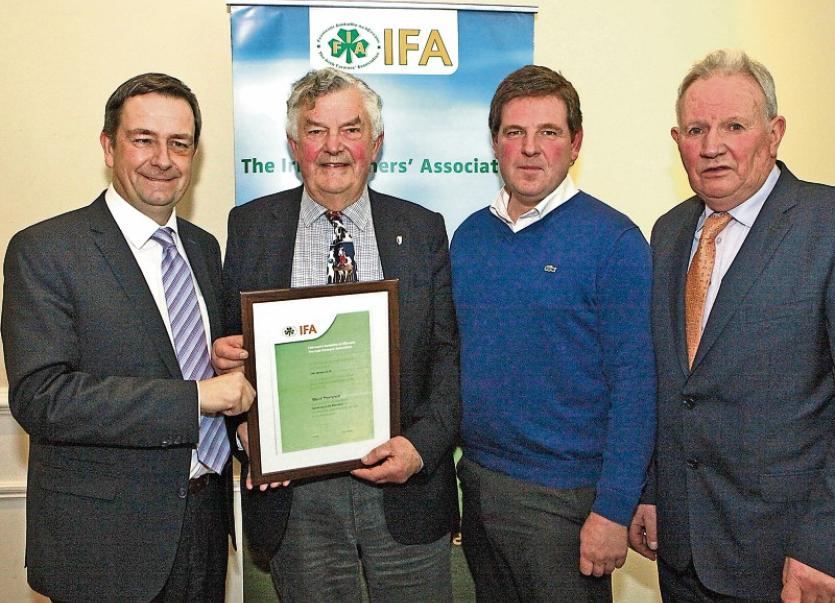 THERE is a book on David Thompson's life and he is a very worthy recipient of honorary life membership of the IFA.

The tireless campaigner for farmers and rural Ireland, and a man not afraid to stand up to  vested interests, received the award at last week's Limerick IFA AGM. It is rare that the man from Cappamore has missed a monthly meeting.

The speaker on any  night would want to have their homework done as David isn't afraid to take them up on their statements. Highly intelligent, he always fights for what is best for Limerick and Irish farmers.

Damian McDonald, IFA director general, who was a guest speaker at the AGM in the Woodlands, said he worked with David years ago on an IFA committee.

Mr McDonald recalled that someone told him that having David on your committee was like having a pet hedgehog on the committee, "extremely loyal but not afraid to give you a prick when needed or least expected!".

David, who lives in Castlegarde, Cappamore, will continue to fight the good fight in all walks of life.