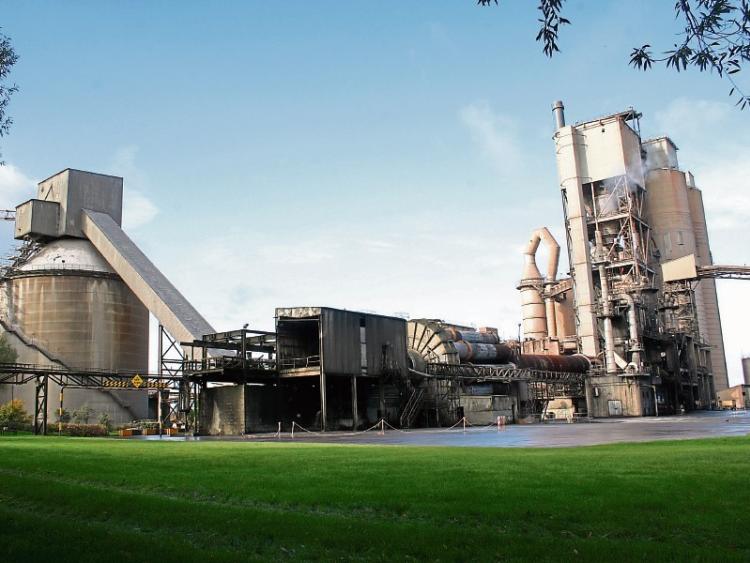 THE Environmental Protection Agency (EPA) has once again delayed making a decision on Irish Cement’s €10m proposals for Mungret.

In a letter to the company, the watchdog has requested further information over its plans to switch away from fossil fuel and instead use tyres and solid recovered waste in the production of cement.

The agency says an Environmental Impact Statement supplied by Irish Cement in its bid to secure permission “does not adequately identify, describe and assess the direct and indirect effects of the proposed development on the environment.”

It has requested that a number of pieces of information are supplied by Thursday, April 11 next.

These include information on the efforts the firm will make with regard to mitigating the local environment, as well as more information on the further details of the proposed construction and demolition phase of the physical infrastructure needed to store the materials it plans to use.

The EPA has also called on Irish Cement to provide an analysis of the operational implications and environmental impacts should the nearby Bunlicky pond be flooded.

Getting a decision from the EPA is the final hurdle Irish Cement needs to clear for its proposals after An Bord Pleanala gave the firm the green light to commence the building of the storage facilities.

The proposals have been hugely controversial among the local community, with many highlighting concerns over the impact the reforms will have on the environment.

But Irish Cement has long maintained that due to the fact the burning is taking place at such a high temperature, the impact on the environment will be negligible.

“I am satisfied to see that the EPA has drilled down on its submission in relation to the Bunlicky lake and water quality related issues as highlighted by LAP. Also the further information in relation to greenhouse gases and the noise is of particular importance to our community. This reinforces our stance on the issue from the very beginning of the numerous concerns we expressed and is being borne out in the questions the EPA are now also asking themselves and the shortcomings they too are highlighting,” he said.