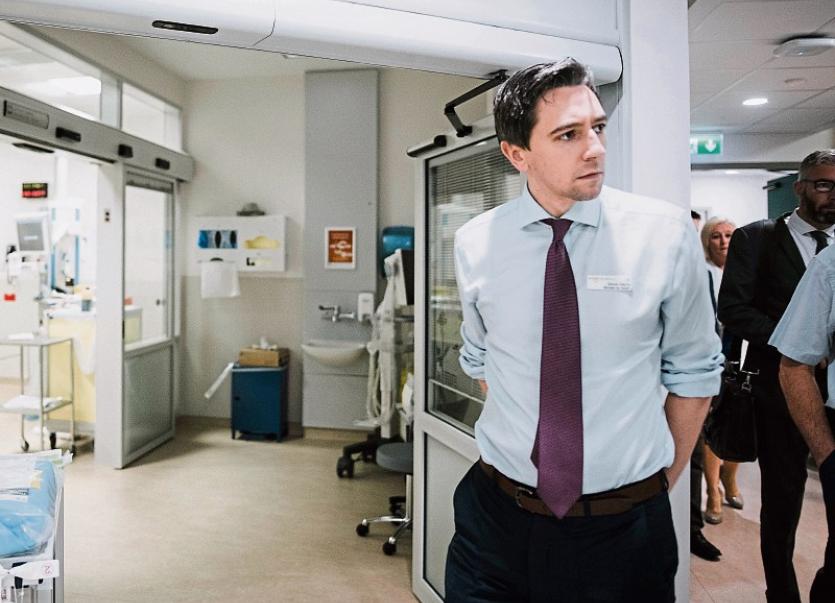 THE Chairman of the Joint Oireachtas Committee on Health is to vote no confidence in Minister for Health Simon Harris over the delay in the delivery of the crucial €19.5m 60-bed modular block at University Hospital Limerick.

The embattled Minister has faced widespread criticism from opposition politicians in the Mid-West over the lack of clarity in the Government’s plans to deliver the unit, which was expected be built by autumn 2019.

But Dr Michael Harty TD, the chairperson of the joint Oireachtas committee on health, said the window of opening the beds in the 2019/2020 winter period “has now passed”.

In November 2018, Minister Harris said that funding would be committed in the HSE’s capital plan for 2019. But earlier this month, the Limerick Leader revealed that funding had yet to be confirmed for the project.

Construction has yet to commence, and that €14m contract has to be delivered within 300 days.

And according to government senator Kieran O’Donnell, who has been in frequent contact with Minister Harris over the project, a 2019 delivery for the 60 beds is “highly ambitious”.

Following the revelation of the financial overrun of the National Children’s Hospital, Sinn Fein has indicated that it will table a motion for no confidence in Minister Harris.

Deputy Harty, for Clare, said that he had originally indicated that he would abstain from voting “on the basis of ensuring the government did not fall at such a critical time of Brexit uncertainty”.

However, he has lost trust in both the Minister and the Government over the “lack of commitment to delivering on this project as promised”.

“The provision of this unit has been the subject of recent word spinning and ministerial misinformation. The minister has repeatedly indicated that funding would be provided to allow the unit to be completed by Autumn 2019. The statement from the UL Hospitals Group on a new time line for the modular unit is still predicated on the uncertainty of capital funding being allocated in the ‘re-profiled’ HSE capital plan 2019 which as yet to be announced. However the window of delivering the 60 extra beds for University Hospital Limerick for winter 2019/2020 has now passed,” he stated this Monday night.

Deputy Harty included a statement by the UL Hospitals Group on the project, which stated that the objective “has been to have the new beds available at the earliest opportunity subject to allocation of funding to deliver the project. The tendering process was completed by September 2018 and it was hoped at that time, subject to funding provision, that the works could be completed by the end of 2019.”

“UL Hospitals Group understands that the draft HSE Capital Plan 2019 is due to be submitted to the Department of Health shortly.

He said the delay until “at least mid-2020 is a betrayal of trust and of the people of the Mid-West by Government”.

“It is an indictment of both the Government, the  Minister for Health and in particular Fine Gael TDs in Clare and Limerick who have failed abysmally to ensure that University Hospital Limerick is a properly functioning 21st century health care facility. In view of the failure to deliver this badly needed interim emergency unit for next winter, I will support the vote of no confidence in Simon Harris.”

“I have said before that our dysfunctional health system is spiralling out of control and we are now just seeing the beginning of the knock on effects of health projects around the country following the scandalous overruns at the National Children's Hospital.”

He added that the project was important for the alleviation of University Hospital Limerick’s trolley crisis.