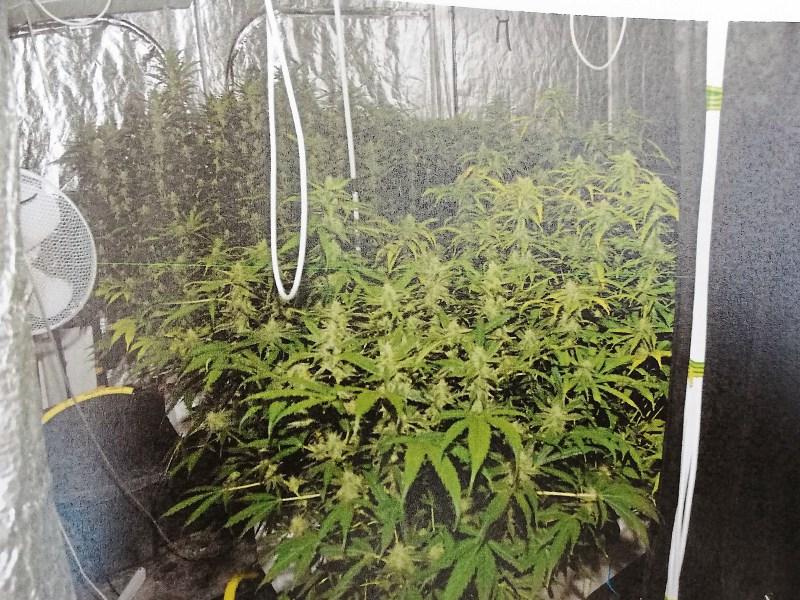 GARDAI discovered a “sophisticated” cannabis growing operation when they searched a house in Limerick city, a court has heard.

Bartlemiej Konoieczko, 34, has pleaded guilty to a number of charges relating to the discovery of two dozen plants which was made on September 14, 2016.

The plants, he said, had been growing for around eight weeks and the cannabis seized had a potential street value of around €19,200.

Det Garda O’Halloran said two upstairs bedrooms at the house had been converted and that each of the rooms was equipped with growing tents, hydroponic filtration systems and lighting.

Holes had been drilled in walls and the house adapted to facilitate the growing of the plants.

“It was a sophisticated set up,” said the detective, who added that engineers from ESB Networks were “quite impressed” with the way the Polish national had diverted the electricity supply to bypass the main meter.

“They were quite surprised, it was very dangerous what he did.”

He said the defendant was a cannabis user at the time and that he told gardai that he had learned how to grow the plants on the internet.

He also told gardai he had paid for the equipment with monies he received as damages after he was involved in a road accident in County Clare in 2011.

Andrew Sexton SC, said his client has a good work ethic and has been in custody since his arrest as he is awaiting extradition to Poland on foot of a European Arrest Warrant which was executed on the same day.

Detective Garda O’Halloran agreed that charges were only preferred in relation to the cannabis seizure last summer as there had been a delay securing the results of forensic analysis.

Mr Sexton said Mr Konoieczko has been in Ireland for some time and that he accepts his behaviour is not acceptable.

”He has put his hands up,” he said, asking the court to note his client’s admissions and his guilty plea.

The barrister said Mr Konoieczko, who has a young son, was a user at the time and that he made admissions at the scene and again during interview.

A number of written testimonials were submitted to the court on behalf of the defendant and Judge Tom O’Donnell said he needed some to time to get his head around matters given the extradition proceedings.

The case was adjourned for sentencing in June.