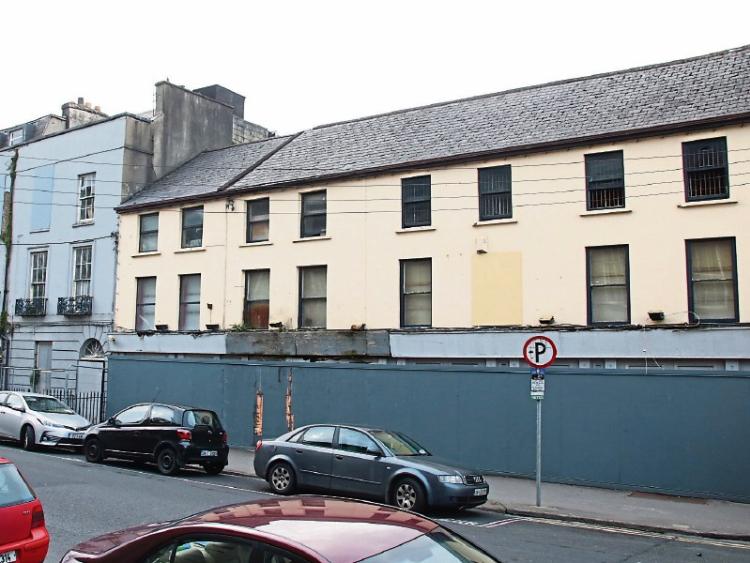 34 to 41 Catherine Street has been officially added to Limerick City and County Council’s vacant site register.

A SIZEABLE site in the city centre has been officially added to the local authorities vacant site register, putting it in line for a financial penalty for every year it remains vacant.

As of February 7, 34 to 41 Catherine Street has been officially added to Limerick City and County Council’s vacant site register.

This places the owner of this site, Thanos Securities Limited care of E.K.O, in line to receive a financial penalty for each year it remains on the register.

“The vacant site levy is really shaking the tree, in the context of sites that have remained undeveloped for years,” Labour councillor Joe Leddin said.

“This week alone we have seen the owners of Greenpark Racecourse put the site on the market, so I do think the vacant site legislation is starting to have an impact,” he added.

Last week, the former Limerick racecourse site at Greenpark was placed on the market at a guide price of €12m. The 116.5-acre site has not been operational since 1999.

Councillor Leddin, whose family home was once 37 Catherine Street, said it “saddens” him to see the city centre site empty.

“It saddens me to see it in a decaying and derelict condition when we could have high quality apartments in that building and contributing to the liveability in the city, which is what we are all trying to aspire to.

“I would appeal to the owners to engage with the Council first and foremost. Sometimes, I think, owners don’t realise that there are supports there from the council to help in terms of redeveloping buildings.

“There are a number of different schemes underway at the moment, particularly in terms of energy and retrofitting that can help owners to upgrade or redevelop them for single letting or multi-letting.”