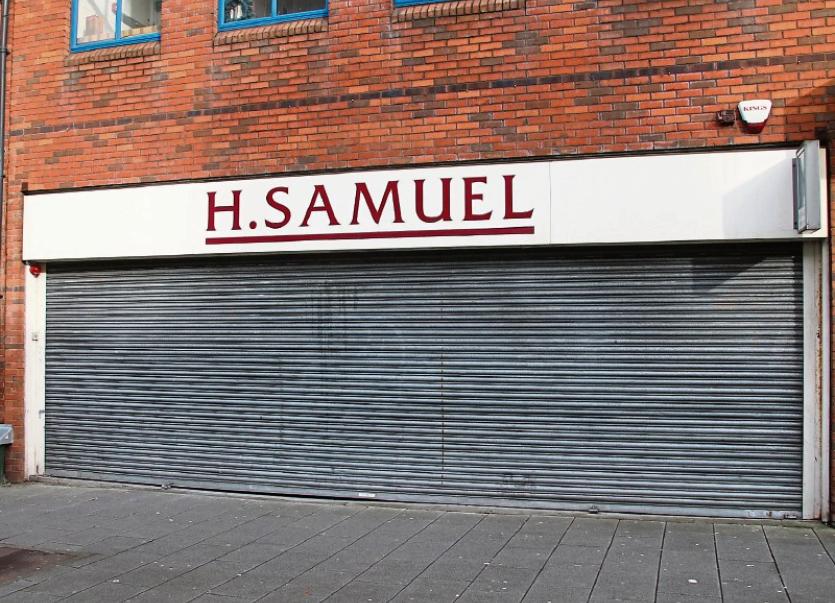 The shutters fell on the mass-market retailer’s store in William Street last weekend.

City businesswoman Helen O’Donnell, who runs the nearby Hunt Museum cafe, expressed her sadness at the news. “It’s really disappointing, and a blow to William Street which is very important thoroughfare. Obviously for the staff and people who have been involved in that shop, it’s a sad day. It’s obviously part of an international move, which happens from time to time, and we are the victims on this occasion,” she said.

Five staff are affected by the closure.

Another one bites the dust? Sad #limerick pic.twitter.com/ZrJNgeG2ZL

Metropolitan mayor Daniel Butler added: “My thoughts are primarily with the staff. In terms of the overall retail side, a number of units have closed since Christmas. Retail is continuing to struggle and we need to act now to try and address it.”

The company - which was founded in Liverpool, England - becomes the second jeweller facing closure in the last month, after Fine's at the Cecil Street-O'Connell Street junction launched a closing down sale.

In a statement, a spokesperson for H Samuel said: "We continually re-assess our portfolio of stores on a store by store basis, particularly when individual store leases come up for renewal."