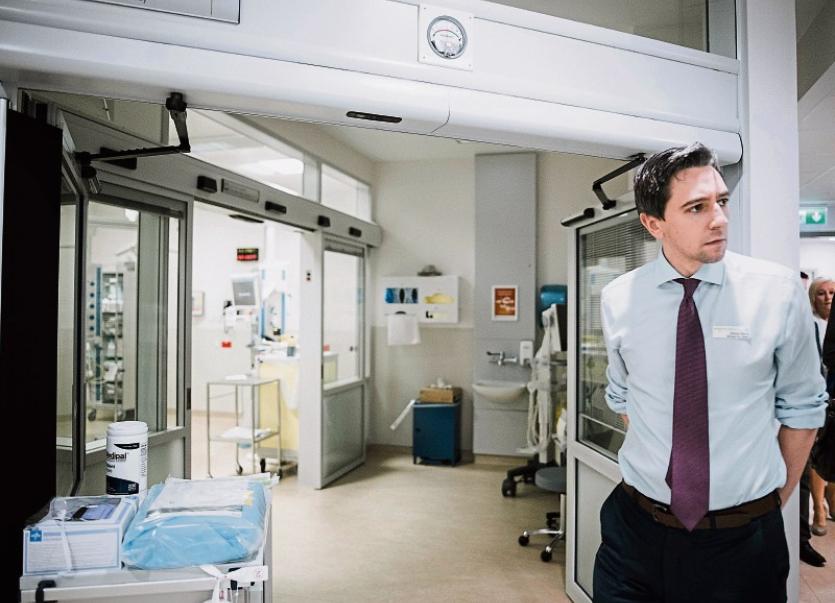 Simon Harris made contact with high profile Mid-West politicians this week. Below, the HSE letter which was addressed to Deputy Kelly

TOP politicians in the Mid-West have leaped to Minister for Health Simon Harris’ defence after it was confirmed that no funding had been approved for a crucial bed block at University Hospital Limerick.

In a report in this Monday’s Limerick Leader, it was revealed that the HSE had written to Deputy Alan Kelly that a €19.5m 60-bed block “awaits confirmation” in the 2019 capital plan.

But during a visit to Limerick in November 2018, Minister Harris announced that funding was committed to the project.

“A proposal for the development of a 60-bed ward block at University Hospital Limerick is being considered for inclusion in the HSE Capital Plan along with other initiatives,” said the letter to Deputy Kelly, following a parliamentary question he submitted last week.

“The proposed project was approved by the National Capital & Property Steering Committee and awaits the confirmation of capital funding and will be assessed in the context of completing priorities.”

In a statement to the Leader, this week the Department of Health said: “The Health Service Executive is currently developing its Capital Plan for 2019. The development of additional beds at University Hospital Limerick and other health capital projects, currently at various stages of development, are being considered as part of this process.”

Though the Department of Health said the 60 beds are being considered, Senators Kieran O’Donnell and Maria Byrne and Minister of State Pat Breen all spoke to Minister Harris on Monday, who confirmed to them “he will be providing capital funding for the 60-bed block unit at UHL”.

However, it has not been confirmed how much of the required €19.5m will be allocated to the crucial project.